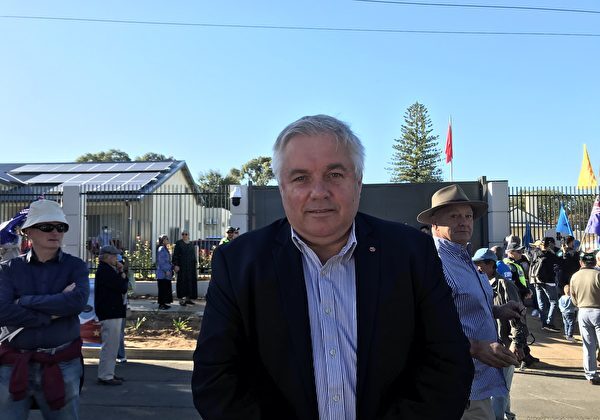 Senator for South Australia, Rex Patrick, will use the next parliamentary term to push for free tertiary qualifications for Australian school leavers if re-elected in late May.

In a release on Wednesday, the independent senator said encouraging and expanding access to tertiary education is critical to Australia’s development as a high-tech, advanced economy and culturally open society.

“I strongly support the model of free tertiary education in the Nordic countries and would love to see that return here,” he said.

“If re-elected to the Senate, I plan to undertake a major political campaign, using all the Parliamentary opportunities and leverage I have, to achieve a restoration of a free first degree, certificate course, or trade.”

Patrick referred to former prime minister Gough Whitlam’s abolition of university fees in 1974, a policy that lasted for 15 years and provided many of Australia’s current political, business, cultural, and scientific leaders with opportunities Patrick said they would not have otherwise accessed.

“The progressive reintroduction of fees, starting in 1989, was a retrograde step leading to today’s highly commercialised higher education system that has sold Australia’s national interests short,” he said.

The first stage in Patrick’s campaign will be to press the federal government to adopt New Zealand’s policy of offering the first year free, while also trialling fully-free degrees in key fields of study at regional universities.

“We need to see higher education first and foremost as a public good, bringing benefit to the whole society, rather than a private benefit purchased in a commercial marketplace,” he said.

Patrick said it was unfortunate that neither of Australia’s major parties—Labor and Liberal—was bold enough to take on the country’s higher education reform, adding that it is down to the independents to push for a transformation of higher education.

“We know we need far more registered nurses, particularly in our aged care facilities. We need GPs that are willing to work in the regions and rural areas. We also need highly skilled engineers, IT professionals and other specialists in our defence and national security sectors,” he said.

“We can’t simply rely on immigration to fill these gaps. We need to offer strong incentives to Australians to help fill the skills void, particularly with our youth, where the unemployment rate sits at 12.6 per cent.”

Patrick emphasised his commitment to working with whichever party forms government to set up a pathway towards a new university education system in which the first undergraduate degree is free.

“I plan to use legislative initiatives and the Senate Committee process to focus political debate and policy formulation on this question,” he said.

However, a government spokesperson told The Epoch Times via email that since the Higher Education Contribution Scheme (HECS) was introduced in 1989, Australians have accepted that it’s fair for individuals to make a contribution to their studies.

“Currently, individuals cover close to half of the costs of a degree via HECS,” they said.

“Given the large benefits of a university education (the average graduate earns $1 million more over their career compared to the average school leaver), most Australians would agree that our HECS system is not just fair, it’s generous.

“Asking all Australian taxpayers, a majority of whom have not been to university, to pay for 100% of every degree is unfair and inequitable,” the spokesperson said.

The spokesperson added that HECS-HELP loans are only paid back when individuals can afford them, kicking in when the person is earning $47,000 a year or higher and went on to say that any policy to wipe HECS-HELP debt is incredibly expensive, costing taxpayers at least $60 billion.

“The proposal to eliminate student debt hits the trifecta: expensive, inequitable, and unnecessary,” they said.