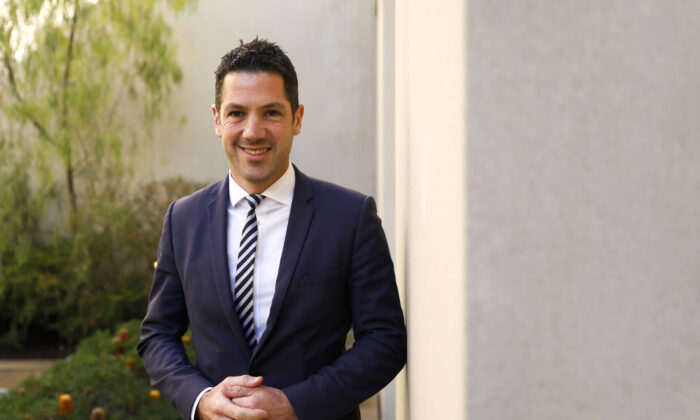 The episode, which had a G-rating, showed Act reading the book The Spectacular Suit, where a girl wanted to wear a suit for her birthday instead of a dress.

“It’s almost Frankie’s birthday, and everything is ready—except for something to wear. All of her party dresses feel wrong. Her family tries to help, but it’s no good,” the book description read.

“What Frankie longs for is a suit. A spectacular suit….”

“Can Frankie find the outfit of her dreams?”

Antic said the story was “about a female child wanting to wear male clothing” and said the G rating was unacceptable.

“Why is the ABC grooming Australian children with this sort of adult content?” he asked.

However, left-wing Greens Senator Sarah Hanson-Young defended the program against the accusation, declaring that Antic was simply seeking to make headlines.

“Grooming is a really serious matter; it’s not for being played with by conservative senators so they can make headlines,” she said.

Further, ABC’s Managing Director David Anderson also pushed back on the allegation, saying there was no ulterior agenda and that the story was just about dressing up.

“What we are doing, that is about dressing up,” he responded.

The act of wearing clothes designed for the opposite sex is usually referred to as cross-dressing, a practice promoted by trans and queer gender activists, who advocate for the rejection of the separation of the two sexes and the traditional concept of males and females.

Meanwhile, an investigation in October by The Epoch Times revealed that as drag queen shows for kids become increasingly widespread in the U.S., predators are seeking to take advantage of the performance style to be around children.

This follows the revelation in March 2019 by a group called Mass Resistance exposed that Alberto Garza—that a 32-year-old drag queen who had been reading to children at Houston Public Library’s Drag Queen Storytime under the name of Tatiana Mala Nina—was a child sex offender who was convicted of assaulting an 8-year-old boy in 2008.

Patricia Tolson contributed to this article.