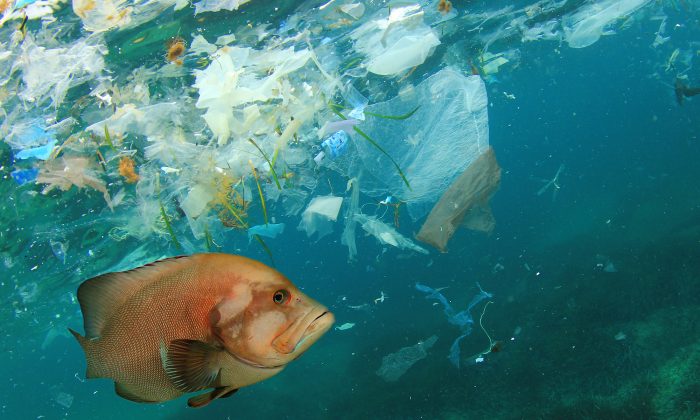 Plastics may soon be able to be recycled infinitely. (Illustration - Shutterstock)
Australia

Australian Scientists Make Enzymes That Gobble up Plastics Like ‘Pac-Man’

Researchers in Australia are developing a plastic-eating enzyme resembling the pellet-eating “Pac-man,” but the former may divert plastic from our oceans and landfills instead of merely winning you the satisfaction of a game.

Enzymes are complex molecules that can speed up chemical reactions. For example, human saliva contains the enzyme amylase that breaks down the complex chemicals in the food we eat into simpler ones.

“Plastic is a polymer made up of lots of little building blocks called monomers that are joined together with chemical bonds,” he told AAP.

“The enzyme goes around sort of like Pac-Man, snipping through all those bonds.”

Within an hour, a plastic bottle can be reduced to powder, ready to be remade into brand new plastic.

The new technology keeps the core elements intact and clear, making it easy to recreate new plastics with it again and again. Currently, plastic is difficult to be used more than a couple of times because it loses its quality in each cycle when recycled.

“All the raw material we will ever need already exists. It’s already been made and it’s in the world, in the rubbish dump,” Jackson said.

“This concept of closed-loop chemical recycling means you make it once and you just keep reusing it infinitely.”

A similar company that has used enzymatic recycling with success is French biotechnology company Carbios, which opened a plant in central France last year and is ready to scale up this year.

Carbios uses an enzyme that was first identified in compost, which they modified to strengthen and speed up its recycling process.

Founder of the company Paul Riley wants to raise $49 million (US$35 million) to build the first enzymatic recycling plant in Australia.

“There are 400 million tonnes of plastic made every year and we keep making more,” Riley said.

During the COVID-19 pandemic, disposable face masks have joined the list of repeatedly littered items such as takeaway containers, food wrapping, and cigarette butts.

Nsikak Benson, a professor at Covenant University in Nigeria, has estimated that 3.4 billion single-use masks—which are usually produced from a plastic called polypropylene—are thrown out every day around the world.