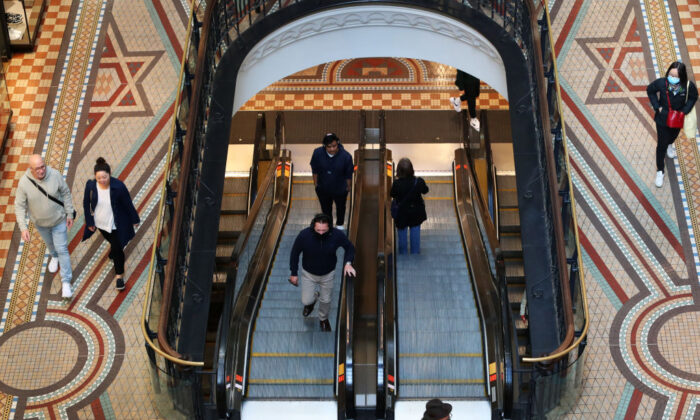 According to data from the Australian Bureau of Statistics (ABS), total retail turnover climbed 1.3 percent in July, far exceeding expectations of a rise of 0.3 to 0.4 percent from analysts.

The surprising increase came following a slowdown in sales volume in the previous two months, with the industry recording growth of 0.2 percent in June and 0.7 percent in May.

And compared to the past 12 months, overall retail trade jumped by 16.5 percent.

“After slowing growth in recent months, the 1.3 percent rise in July was the largest since the 1.6 percent rise in March,” ABS head of retail statistics Ben Dorber said.

ANZ economist Adelaide Timbrell said the influx of tourists might have contributed to July’s sales figures as the country saw an increase in overseas travellers during the month.

In addition, CreditWatch economist Anneke Thompson said Australian consumers seemed to make a lot of “catch-up” purchases on items such as clothes and footwear.

“Overall, the news is still positive for businesses, as consumers have yet to shut their wallets.”

All retail categories experienced a growth in turnover between 1.2 percent (food retailing) and 3.8 percent (clothing and footwear), except for household goods, which slipped 1.1 percent in July.

Sales turnover for this category has gone down three times in four months.

Among the jurisdictions, Victoria and the Australian Capital Territory reported the highest increase in retail turnover at 1.8 percent, while Tasmina was the only state with a drop in sales volume at 0.3 percent.

As monthly retail data does not adjust for inflation, retail sales figures for July are likely to be affected by the increasing cost of goods and services.

Economists said they were unsure about the extent to which inflation drove up sales figures, although JP Morgan economist Ben Jarman suggested that consumers were spending more, saying categories contributing to inflation in the June quarter–such as energy–were not included in the retail data.

“For Australia, today’s rise cements the case for the Reserve Bank of Australia to raise rates by 50 basis points in September,” Strickland said.