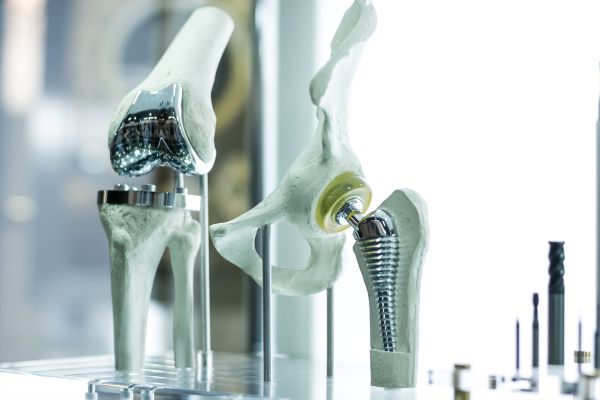 Australian researchers from three universities, Flinders, Swinbourne, and RMIT, have developed a way to give medical devices or implant surfaces antimicrobial powers to protect against infection.

The team engineered a new surface coating by combining gallium liquid with hydroxyapetite to create a novel compound with long-term antibacterial properties.

According to a Flinders University release on Tuesday, infections following hip replacements and orthopaedic device procedures are often complicated and may lead to painful and repeat surgeries, with the potential for superbugs to cause fatality.

Dr Vi-Khanh Truong from the Biomedical Nano-Engineering Laboratory at Flinders University said that despite sterilisation procedures, opportunistic bacteria, including some that become resistant to antibiotics, can build up on contact surfaces of surgical and other devices.

“Even worse, with orthopaedic devices, an infection could be almost impossible to treat, particularly if it involves complications with antibiotic resistance,” he said.

Regular hydroxyapetite coated metallic implants have been known to fail and lead to infection or even death in up to two percent of patients, the release states.

“Up to half of these infections can lead to further surgery and removal of the device—and this new coating also shows promise in integrating to the patient’s bone,” Truong said.

Truong will progress the development of the technology, which uses plasma spray fabrication, with further testing later this year at the Australian Nuclear Science and Technology (ANSTO) Synchrotron, a major research facility located in Melbourne.

With the global orthopaedic device market expected to rise from around US$45 billion (AU$63 million) to US$64 billion by 2026 as the world’s population continues to age, researchers say that after further testing, the technique could scale up for commercial applications in the future.

What’s more, regulatory approval may be quite simple as both gallium derivatives and hydroxyapetite are already FDA approved.

Truong said demand for new-era dental or other implants that attach to bone should be high, considering no orthopaedic implants currently have antimicrobial surface modifications.

“This novel coating is made using an environmentally friendly technology, with no harmful organic solvents used in the process,” he added.

Director of the Biomedical Nano-Engineering Laboratory at Flinders, Professor Krasimir Vasilev, said the research group intends to provide clinicians and industry with cutting edge technologies that can improve patient wellbeing and save lives.

“The researchers from the Biomedical Nano-Engineering Laboratory at Flinders University have extensive experience in working with the biomedical industry and are always looking to engage with new industry partners to explore commercial opportunities for ground-breaking technologies that benefit patients, clinicians and society,” he said.