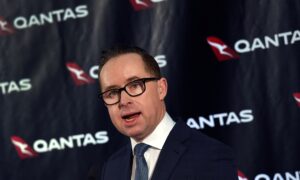 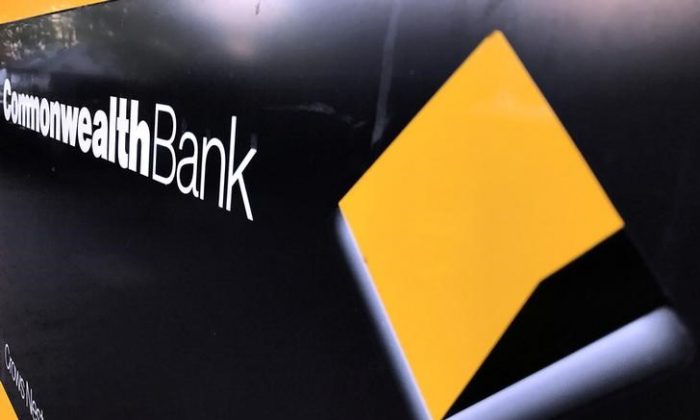 A Commonwealth Bank of Australia logo adorns the wall of a branch in Sydney, Australia, May 8, 2017. (David Gray/File Photo/Reuters)
Australia

SYDNEY—Australia’s prudential regulator said on Wednesday that money-laundering accusations leveled at the Commonwealth Bank of Australia do not challenge the bank’s viability.

The country’s biggest lender was sued by financial intelligence agency AUSTRAC on Aug. 3 over 53,700 suspected breaches of money-laundering laws between 2012 and 2015.

The case is the biggest of its kind in Australian corporate history, potentially exposing the bank to billions of dollars in fines.

“Our focus is on the prudential standing of the bank … there isn’t any suggestion that this is an issue that threatens the soundness of the bank,” Byers said.

“It’s had negligible impact in terms of loss of customers, loss of deposits, or any other impact that would make a material difference to the viability of the bank.”

CBA has shed A$14.3 billion ($11.5 billion), or 9 percent, of its market value since the AUSTRAC case was lodged. It has blamed a coding error for most of the suspicious transactions and plans to defend itself in court.

APRA has launched its own inquiry in to culture and risk management at CBA in the wake of the AUSTRAC proceedings, while corporate regulator the Australian Securities and Investment Commission (ASIC) is also investigating the bank.

ASIC Chairman Greg Medcraft said on Tuesday that improving the culture and conduct of Australia’s biggest banks was “unfinished businesses” as he prepares to step down in November.

CBA is also facing a class action law suit from shareholders who allege it failed to keep them informed of money laundering issues.

The bank’s shares rose 0.9 percent to A$76.55 by lunchtime on Wednesday, in line with other financial stocks while the broader market edged higher.