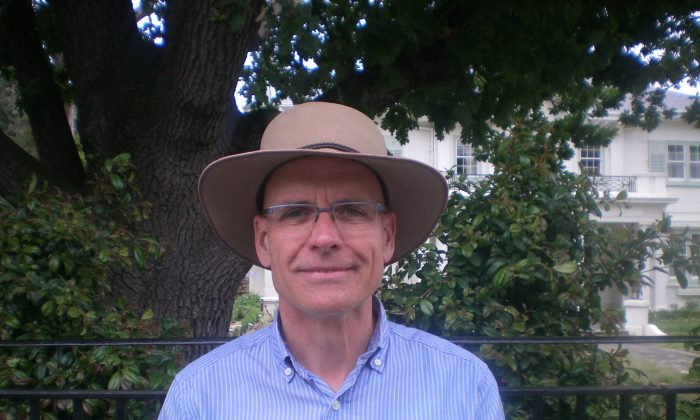 BEIJING—One of Australia’s largest independent publishers said it decided to delay the publication of a book which alleges widespread Chinese government influence in Australian institutions due to legal concerns.

Hamilton said the publisher’s chief executive, Robert Gorman, sent him an email on Wednesday saying that the reason for the delay was due to concerns over possible legal action from Beijing.

The email from Gorman, which was reviewed by Reuters, said the scheduled publishing date of April next year “was too soon to publish the book and allow us to adequately guard against potential threats to the book and the company from possible action by Beijing”.

The email cited fears of a “defamation action”.

Allen & Unwin’s statement on Sunday, from Louise Cornege, its head of publicity, did not specify which court cases it was referring to. Gorman did not respond to requests for comment.

Hamilton, an Australian who has previously published eight books with Allen & Unwin, said the “shadow cast by Beijing is enough to make them so nervous about the consequences of publishing criticism of the Communist Party”.

Hoping to find a new publisher for this book on issue of vital importance to Australia's future https://t.co/XldDoMZlXZ

Concern in Australia that Beijing may be extending its influence in the country has become a topic of political debate and media coverage over the past year. In June, Australian Broadcasting Corporation and Fairfax Media, publisher of the Sydney Morning Herald and The Age newspapers, published reports saying that there was a concerted campaign by China and its proxies to “infiltrate” the Australian political process and institutions to promote Chinese interests.

China has denied the claims in the reports, which the Chinese Foreign Ministry has said were “totally unfounded and irresponsible”.

Australia’s Attorney-General George Brandis said in June that “the threat of political interference by foreign intelligence services is a problem of the highest order and is getting worse”. He said the Australian government had conducted a “comprehensive review” and planned to strengthen the country’s espionage and foreign interference laws.

Hamilton said his book was the “first comprehensive national study of Beijing’s program of exerting influence on another nation”.

The book documented the influence and penetration of the Chinese Communist Party in Australian political parties, universities and cultural organizations, as well as the Chinese diaspora in Australia, he said in a telephone interview.

The delay of the book comes after two international publishing houses – Springer Nature, which publishes science magazines Nature and Scientific American, and Cambridge University Press – were criticized recently for restricting access to articles on sensitive subjects in China.

In August, Cambridge University Press, which had initially blocked online access to hundreds of scholarly articles in China reversed its position and reposted the material, following an outcry over academic freedom. Cambridge University said at the time that the move to block content had been a “temporary decision”.

Springer said early this month that it had pulled access to a small number of articles in China to comply with regulations, adding that it viewed the move as regrettable but necessary.

Beijing has said all publications imported into China must comply with Chinese laws and regulations.

Professor Clive Hamilton: ‘It Was Not the Chinese Communist Party That Lifted Millions of Chinese People Out of Poverty’