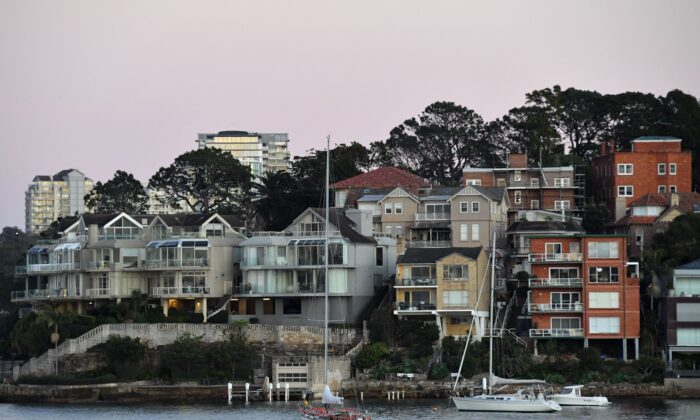 The Australian property market grew 22.1 percent during 2021 on the back of low interest rates but ended the year on a subdued note CoreLogic revealed, with the national median house value in December only rising one percent,  down from 1.3 percent in November.

It reflects the cooling market as the monthly growth rate had continued to soften since March last year when it reached its peak growth of 2.8 percent.

At present, a two-speed market is emerging across capital cities, with the rate of gains easing in Sydney, Melbourne, and Perth while conditions in Brisbane and Adelaide have begun to gather pace.

The slowing trend in Sydney and Melbourne is mainly attributed to affordability and the hurdle of a bigger deposit. The situation in Perth is largely caused by extended closed state borders, which has prevented interstate migration and diminished demand.

Low stock is also being observed across the regional housing market, with advertised levels finishing 35.9 percent below the five-year average.

“However, as interest rates begin to bottom out, and affordability constraints extend to regional markets, these housing markets may also move into a downswing phase over the course of 2022,” Lawless said.

December saw a boom in property listings as the number of new advertisements reached 21.4 percent above the five-year average. As a result, buyers are feeling less urgency to buy quickly and also have more options available.

Overall, the level of advertised housing finished 24.7 percent below the five-year average. However, this coincided with a surge in housing demand, with the total number of home sales in 2021 reaching around 40 percent higher than the decade average.

“Such a significant mismatch between available housing supply and the level of demand is a fundamental reason why housing prices have risen so sharply over the year,” Lawless said. “As stock levels normalise and affordability constraints along with tighter credit conditions drag down demand, it’s reasonable to expect growth conditions will be more subdued in 2022.”

Compared to the explosion of house values, rent increased 9.4 percent over 2021. However, this was still the largest annual increase since 2007.

With the growth in value of houses far outpacing rental growth, rental yields have naturally decreased. Sydney and Melbourne record some of the lowest rental yields, while Darwin and Perth are experiencing the best yields of all capital cities.

Housing demand was driven by domestic buyers in 2021. But with the reopening of international borders, Lawless believes rental demand will be the main beneficiary, particularly in inner-city rental districts popular with students and visitors.

Lawless also sees negotiation power for house prices gradually turn away from the seller and towards the buyer. The average time on the market has increased, and auction clearance rates are falling. The combined capital city clearance rate was a record-high 83.2 percent in early October but fell to an average of 63.8 percent across December.

Financial markets are also expecting a lift in the cash rate, which will dampen the housing market further. However, house values are still expected to trend upwards in the short term as it is likely to be a gradual process.

Meanwhile, Omicron remains the most significant source of uncertainty in the real estate market. If restrictions return, given the surging case numbers, it will likely prolong the Reserve Bank of Australia’s present expansive monetary policy.