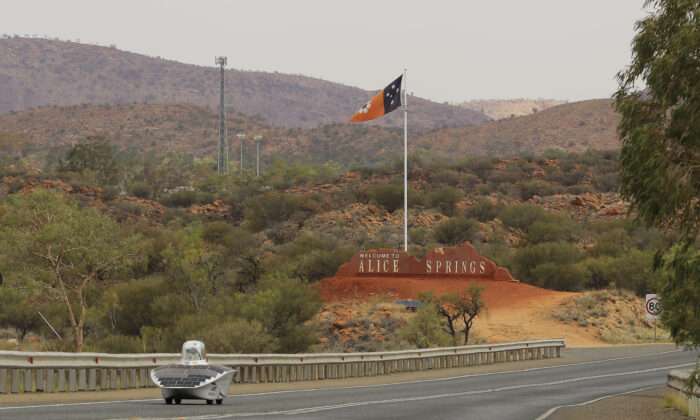 Northern Territory (NT) police are still searching for a man who fled from the Alice Springs Quarantine Facility on Dec. 1.

At a press conference on Tuesday, NT Police Commissioner Jamie Chalker said that the absconder, 27-year-old Jeremy MacDonald,  is “known to police, and there’s some other activities underway that we believe is incentivising him to stay out of our focus.”

“Rest assured, he is in our focus,” he said.

Chalker added that MacDonald is actively avoiding police and that they will exert pressure to ensure he is located as soon as possible.

This comes after MacDonald had been directed to enter quarantine on Nov. 26 after failing to declare he had recently visited a COVID-19 hotspot.

According to the staff at the facility, he was not in his room at 1. p.m. on Dec. 1, having apparently left via the balcony.

Police Commander Sachin Sharma urged the community to report any sightings of MacDonald and advised him to hand himself into police.

“The CHO directions are in place for community safety, and breaking those directions is a serious offence,” he said in a police media release on Dec. 3.

Police reassured the community that MacDonald tested negative for COVID-19 on Dec. 1.

This case comes alongside two other recent escapes from the Howard Springs quarantine facility on the outskirts of Darwin.

They were located on the outskirts of  Palmerston, a planned satellite city of Darwin 10km from Howard Springs. They had tried to flee when they spotted police but were ultimately apprehended and returned to the quarantine facility.

Chalker said it’s likely that loneliness and isolation contributed to the trio’s decision to leave the facility, considering they are accustomed to living in overcrowded conditions rather than in a single room alone.

Currently, many households in the remote Indigenous communities in the Northern Territory can house up to 20 or 30 residents making it almost impossible for residents to quarantine away from family if they have been exposed to COVID-19.

This has pushed authorities in the townships to find alternative accommodation for those who have been exposed to isolate.

In a statement released on Nov. 27, Indigenous community leaders from the townships said members of both the Binjari and Rockhole communities were “very upset by the untrue comments being made in the media and social media about their situation,” reported the Katherine Times.

They rejected claims made on social media that members of the Binjari community were being forcibly removed to the quarantine facilities or otherwise mistreated by state health authorities.

“We have been treated with a lot of respect and appreciate all the support being given by these support personnel people,” the statement reads. “We are in lockdown because we’re in the biggest fight of our lives. We’re trying to keep safe. We’re trying to do the right thing by the community and Katherine.”

Additionally, many residents in the townships have comorbidities that have been noted as contributing to worse outcomes in the event of a developing symptomatic COVID-19.

Meanwhile. as of Wednesday, two new cases of COVID-19 had been recorded in the Territory overnight, bringing the current cluster to 63.

At a media conference on Wednesday, NT Health Minister Natasha Fyles said that both cases were in quarantine at the Howard Springs facility when they tested positive. Both are linked to the 3-year-old from Katherine who tested positive last week.

One of the new cases is the 3-year-old’s mother, who has been in quarantine with her child in Royal Darwin Hospital and is therefore of little risk to the community.

The other case is an infant who is a household contact of the 3-year-old.

Fyles also informed the community that people would be returning to Katherine from Howard Springs, and they would continue to shed the virus. This means that COVID-19 detected in wastewater may not necessarily be linked to new cases but rather from previous patients shedding the virus.

Sadly, a woman in her fifties passed away in the Howard Springs facility on Tuesday night, but Fyles stated the death was not COVID-19 related.