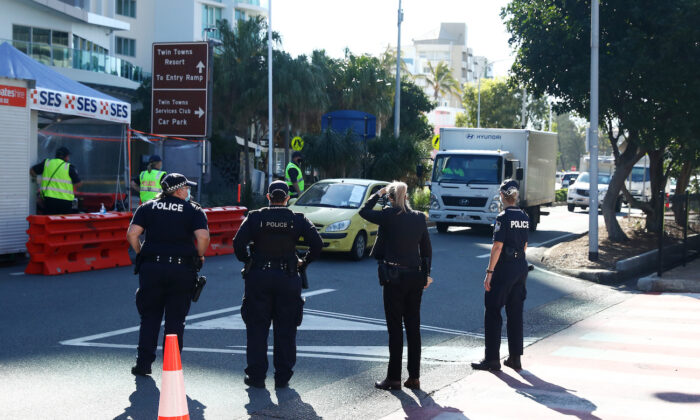 At least 136 health workers in New South Wales and an unknown number of police officers in Queensland have resigned in the face of mandates on the two industries in the respective states.

Health workers in NSW needed one dose of a COVID-19 vaccine by Sept. 30. Since then, 1,200 workers have been idled and put on paid leave, which is set to expire after two weeks, 7 News Australia reported.

According to the outlet, the health union wasn’t surprised and said the loss of employees is “negligible,” compared to about 140,000 employees in the NSW Health Department. However, the government expects further resignations.

The resignations of NSW health workers come amid an effort by the state to recruit nurses from interstate and overseas to be prepared for what authorities predict may be a peak in COVID-19 cases that require hospitalizations in October, The Guardian reported. Some NSW regional hospitals also are offering travel and pay incentives.

In Queensland, an undisclosed number of police officers have also resigned in connection with the Oct. 4 deadline for officers to have at least one vaccine dose. However, the state’s deputy commissioner, Steve Gollschewski, told reporters on Oct. 5 that the total number of those who resigned might be fewer than 100 of the state’s 15,000 police officers.

“We have had some people resign, and that number has changed on a daily basis, but the numbers are low,” he said, according to the Brisbane Times. “We expect, at the end of the day, there will be very few numbers who refuse—some people will—and we’re working through that at the moment.”

He didn’t disclose the exact number of people who resigned when pressed but said it was “a handful per district across the state,” adding that a more precise number may be available by the end of the week.

The Queensland Police Service (QPS) said in a statement on Oct. 4 that it was checking to see who among its members haven’t been vaccinated and may need to face disciplinary action.

“The QPS is working through internal records as a priority to identify which members have not been vaccinated and do not have an approved exemption,” the QPS said in a statement, according to the Australian Broadcasting Corporation. “From today, QPS members who refuse to follow the Commissioner’s Direction and do not have an exemption will be suspended from duty with pay with a seven-day Notice to Show Cause process commenced.

“As a front-line service agency, we are more exposed to the risk of COVID-19 than most occupations, and sadly we have seen police officers die as a result of the virus around the world, including 90 officers in the United Kingdom alone.”

Separately, a group of seven officers began a legal challenge against Queensland Police Commissioner Katarina Carroll over the vaccine mandate in the Supreme Court last week. The officers, who are currently on stress leave, won that challenge, which gave them a 12-day delay to the mandate. However, they would need to seek further exemptions to continue their professions.

Efforts among Australians to resist lockdowns and vaccine mandates continue among organizations such as National Education United and Reignite Democracy Australia. Telegram groups have also become a hub for Australians to coordinate and share about their efforts and resources, including by sending letters, signing petitions, launching lawsuits, and organizing peaceful demonstrations.