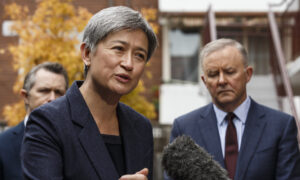 Not the Time for Appeasement
0
Share Now
TelegramFacebookTweetEmailTellMeWeReddit
Copy Link 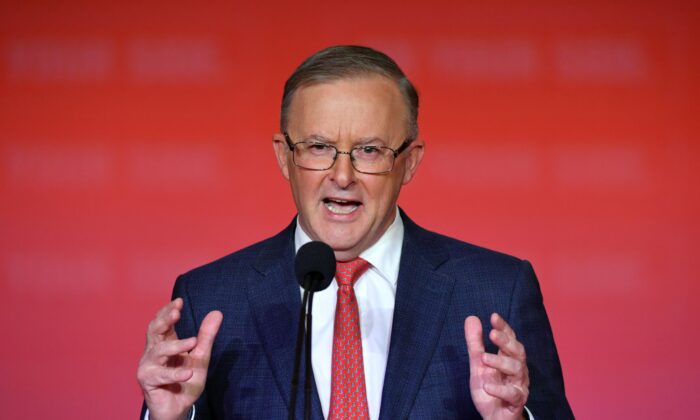 Australian Opposition Leader Anthony Albanese has taken aim at the prime minister’s handling of Australia’s relations with China, claiming it is politically motivated and has put the country’s resources industry at risk.

Albanese delivered the remarks at the launch of Minerals Week—hosted by the Mineral Council of Australia—while outlining the Australian Labor Party’s (ALP) vision for the $200 billion sector, including support for a gradual transition towards renewable energies.

“As the world moves to a low-carbon future, demand for some resources will decline. But there will be strong demand for other resources, particularly those needed for growth sectors like electric vehicles and batteries,” Albanese told attendees.

The opposition leader said the federal government was undermining the industry with its handling of relations with Beijing.

“(Prime Minister) Scott Morrison has no long-term strategy to deal with a changing China that is pressing its interests more assertively, while finding areas of potential cooperation, including on trade, that are in both our countries’ interests,” he said.

“Mr Morrison is making the grave error of prioritising his domestic political interests over Australia’s national interests,” he added. “Australian needs more strategy and less politics when it comes to managing our differences with China.”

Albanese’s comments echoed those of Opposition Foreign Affairs Spokesperson Penny Wong in May, who accused the prime minister of exploiting concerns around China for political gain.

“My concern is that not only does he not fully comprehend Australia’s interests in relation to China, he doesn’t even seek to. As with everything else he does, he only seeks to understand his political opportunity,” she said.

Australia has been on the receiving end of a year-long economic coercion campaign from Beijing in retaliation for Foreign Minister Marise Payne calls for an independent investigation into the origins of  SARS-CoV-2, the disease that causes COVID-19.

The Chinese Communist Party (CCP) has targeted a range of Australia’s exports to China via the suspension of trade or the arbitrary application of tariffs, including coal, beef, wine, barley, lobster, timber, lamb, and cotton.

She was referring to comments by Defence Minister Peter Dutton, who said the conflict over Taiwan could not “be discounted.”

Days later, Home Affairs Secretary Mike Pezzullo issued a stern warning for Australia to be prepared while warning that the “drums of war” were beating in the region.

“Recent comments from Peter Dutton and a senior official about the prospect of war might well inflame nationalistic sentiments and secure a grab the six o’clock news,” Albanese said.

“But foreign policy is not a game. It’s not a photo-op. It’s a serious business with profound security and economic implications.”

Liberal Senator James Paterson said it was risky to promote a different foreign policy from the federal government.

“Because it aids the Chinese Communist Party in its work. It would like nothing more than Australians to be divided,” he told Sky News Australia.

He added that the ALP leader might be looking for an issue to “unite his party.”

Albanese has faced pressure from fellow ALP member of Parliament Joel Fitzgibbon, who has warned party leadership against pursuing the interests of inner-city progressive voters over the needs of their traditional blue-collar voting base.

The issue was spotlighted following the recent state byelection result in the coal-mining Upper Hunter electorate that saw the New South Wales ALP lose seven percent of its primary vote compared to the previous election.

Meanwhile, the ALP’s criticism of the Morrison government claiming it is not exploring “areas of potential cooperation” with Beijing, stands in contrast to shifting public sentiment that—according to Chen Weijian, editor at New Zealand-based magazine Beijing Spring—is forcing the current U.S. administration and leaders in the European Union to take a tougher stance on Beijing.

“The entire international society is changing. It is reflecting on the past policies toward the CCP,” he told The Epoch Times.