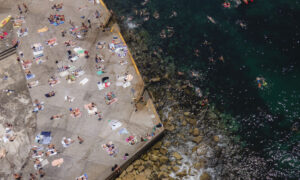 Australian PM Refuses to Resign but Could Step Down Tomorrow

Prime Minister Malcolm Turnbull said he will not contest a leadership ballot if a second spill is called in a party room meeting on Friday, Aug. 24.

The announcement came after backbencher Peter Dutton asked the prime minister for another party room meeting on Aug. 23, saying that he did not believe Turnbull still had the support of his party’s MPs.

A few minutes ago I spoke with Malcolm Turnbull to advise him I believed the majority of the party room no longer supported his leadership. Accordingly, I asked him to convene a party room meeting at which I would challenge for the leadership of the Parliamentary Liberal Party.

Turnbull said on Aug. 23 he will not call a Liberal party room meeting until he is given a petition signed by a majority of MPs, effectively giving Treasurer Scott Morrison more time to shore up support amongst his colleagues to contend with Dutton for the top job. If this is provided, a meeting will be called for at midday, Aug. 24.

If the leadership spill motion is carried at the meeting, Turnbull said he will not stand as a candidate on the ballot in a nod to Morrison.

Turnbull also suggested he may choose to leave parliament if he lost the prime ministership, although the timing of his departure has not been specified. This would mean that the government would lose its majority pending the by-election.

A total of 13 ministers have resigned from the ministry, including former Turnbull supporter Finance Minister Mathias Cormann who on the morning of Aug. 23 called on the prime minister to step down.

“Minority” to Blame For Crisis

The prime minister blamed the party’s turmoil on a minority of PMs who have used “bullying” and “intimidation” to advance their cause.

“The reality is that a minority in the party room supported by others outside the Parliament have sought to bully, intimidate others into making this change of leadership that they’re seeking,” he said
“I do not believe in that, I have never done that. I have never given in to bullies, but you can imagine the pressure it has put people under.”

He added there was a “very deliberate effort” to move the party further to the right. Indeed earlier this week on Aug. 21, the now former Minister for International Development Concetta Fierravanti-Wells sent Turnbull a resignation letter accusing the prime minister of eroding the voice of the party’s conservative base.

The prime minister said he was expecting legal advice from the solicitor-general on the morning of Aug. 24 about Dutton’s eligibility for parliament.

“In the case of Mr Dutton, I think he’ll have to establish that he is eligible to sit in the Parliament,” he said.

“I cannot underline too much how important it is that anyone who seeks to be prime minister of Australia is eligible to be a member of parliament.”

Questions have risen over whether Dutton was disqualified from becoming an MP over his interest in two Brisbane childcare centres owned through his family trust.

Dutton earlier dismissed the claims as a “spurious and baseless campaign.”

He released a two-page legal advice from Colin Biggers & Paisely Lawyers saying he was not in breach of the Constitution.

“The timing on the eve of current events in Australian politics is curious,” Dutton said in a statement on Aug. 23. “There has never been any doubt about my eligibility to sit in the Parliament.”

Section 44(v) of the Constitutions bans people from parliament who have any “direct or indirect pecuniary interest in any agreement with the public service of the commonwealth.”

According to Fairfax, the two childcare centres received more than $5.6 million in government rebates over the last four years.

Dutton receives income under the family trust which runs the childcare centres. His wife is the trust’s sole director and shareholder.

Labor on Aug. 23 moved a motion in the House of Representatives to refer Dutton’s eligibility question to the High Court. It was defeated by just one vote.