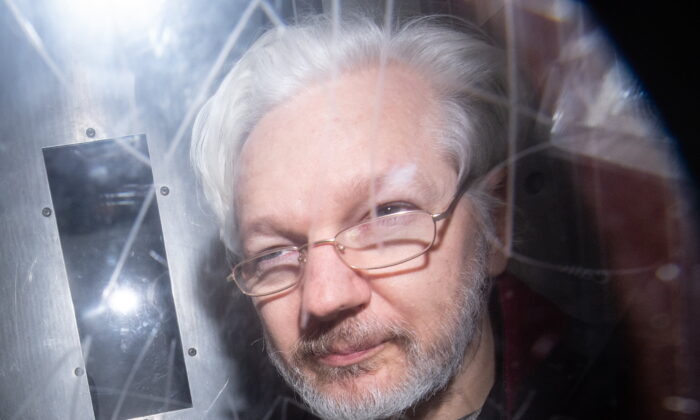 Australian Prime Minister Anthony Albanese has said he will not take a more forthright public position in the case of WikiLeaks founder and Australian citizen Julian Assange.

The move comes amid mounting calls for the Australian government to intervene in the extradition of Assange to the United States where he is convicted of 18 charges, including hacking and espionage.

When asked whether he had spoken with U.S. president Joe Biden about the issue, the newly elected Australian PM said that he wanted to lead a government that “engages diplomatically and appropriately with our partners.”

“I have made clear on what my position is publicly. I made it clear last year,” Albanese said on Monday. “I stand by my comments that I made back then.”

“I make this point as well, there are some people who think that if you put things in capital letters on Twitter and put an exclamation mark that somehow makes it more important. It doesn’t.”

On Dec. 15, 2021, Albanese told ABC Radio Northern Tasmania that he did not see “what purpose is served” by the ongoing pursuit of Assange.

“The fact is that you have the circumstances whereby the person who has actually leaked the classified information to WikiLeaks is free, is walking around, isn’t incarcerated,” he said at that time, referring to former army soldier Chelsea Manning who was sentenced to 35 years in prison but was released in 2017 after former U.S. president Barack Obama commuted the rest of her sentence.

“But the person who published that information remains in jail in Britain awaiting the extradition procedures that the United States is taking place.”

On Friday the UK Home Secretary Priti Patel approved the Assange’s extradition, with the Home Office saying it had “not found that it would be oppressive, unjust or an abuse of process to extradite Mr Assange.” Assange faces up to 170 years in prison.

“Nor have they found that extradition would be incompatible with his human rights, including his right to a fair trial and to freedom of expression, and that whilst in the US he will be treated appropriately, including in relation to his health,” a Home Office spokesperson said.

Australia’s Foreign Affairs Minister Penny Wong said in a joint statement with Attorney-General Mark Dreyfus that Australia will continue to offer consular assistance to Assange but the government is “not a party to Mr Assange’s case, nor can the Australian government intervene in the legal matters of another country”.

Echoing the previous government’s opinion in the case, Wong said Labor would “continue to convey our expectations that Mr Assange is entitled to due process, humane and fair treatment, access to proper medical care, and access to his legal team”.

“The Australian government has been clear in our view that Mr Assange’s case has dragged on for too long and that it should be brought to a close. We will continue to express this view to the governments of the United Kingdom and United States.”