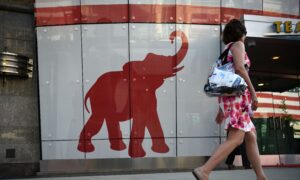 Former Liberal Party staffer Brittany Higgins will pursue a complaint of rape that occurred in Parliament House to Australian Federal Police and the Department of Finance.

Prime Minister Scott Morrison said the alleged rape of a former Liberal Party staffer is a wake-up call that must drive change within Parliament House.

He has asked Curtin MP Celia Hammond, a former university vice chancellor, to work with party whips and MPs to improve workplace standards and protect staff.

“We all have a role to play in that. I do, members of this place do,” he told reporters in Canberra on Tuesday.

An automatic reporting obligation to department officials will be established.

Brittany Higgins alleges she was sexually assaulted by a male colleague in the office of federal Liberal minister Linda Reynolds after a night out in 2019.

She decided not to pursue a police complaint at the time because she felt pressure that doing so would affect her employment.

Higgins has since resigned from her job in government and plans to reinstate the police complaint.

She also plans to initiate a formal complaint with the Department of Finance, which handles work-related ministerial staff complaints.

Senator Reynolds told Parliament on Monday she never forced Higgins to choose between her job and making a police complaint.

The minister also expressed regret for setting up a formal meeting about the incident in the same room the alleged rape occurred.

“My only priority throughout this matter was the welfare of my then-staff member and ensuring that she received the support that she needed,” she said. “That included ensuring that she was clear about the support available to her and her right to make a formal complaint to the Australian Federal Police should she choose to do so.”

“It’s not trying to make this a partisan issue, because it’s not, it’s across the political culture,” he told ABC radio. “Women play a critical role and in fact we need to see them playing a bigger role within our political sphere.

“But this is a major issue and one which is ultimately an enormous disincentive for women to be involved,” he said.

Labor MP Peta Murphy wants an independent body established within Parliament to deal with complaints, describing workplace cultures in the building as a systemic and cultural problem.

“It’s what we’ve seen in workplaces around the world and in Australia, that when there are power imbalances and no processes to deal with them, then incidents will happen,” she told reporters in Canberra. “We need to not only show and behave in a way that Australians expect us to, we need to make sure that Australians are confident that there are processes in this place to hold people to account when they don’t.”