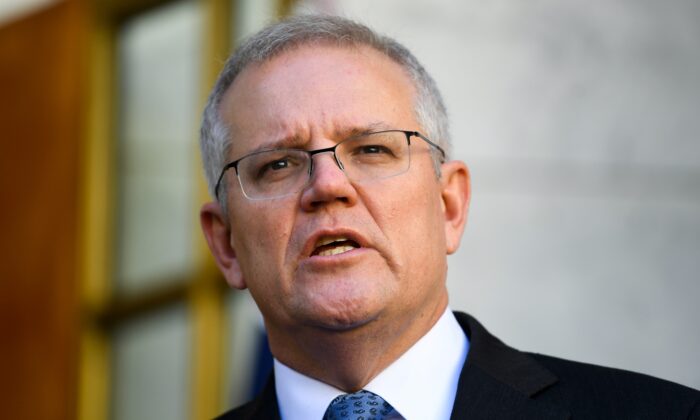 The Australian Prime Minister said the state of Queensland should take responsibility for their state health system rather than hold the federal government to ransom for money over domestic borders.

Prime Minister Scott Morrison said he would not respond to “shakedown politics” during a pandemic and criticised Queensland Premier Annastacia Palaszczuk for threatening to keep borders shut unless they received more public health funding.

“She has to take that up with the Queensland people then. I mean, to go down this point and say, ‘I’m going to hold the federal government to ransom and seek to extort from their money on the basis of COVID; I just don’t think that is the right way to go,” Morrison told Nine’s Today show this morning.

“We’re not going to respond to those sorts of, ‘give me the money or else’ type demands, and that’s what this is.”

Palaszczuk said on Oct. 1 that her borders would not “necessarily” open once the state hits 80 percent vaccination due to concerns of whether hospitals can cope with a surge in COVID-19 cases.

“The hospitals need increased capacity, and that requires additional federal government funding for the growth in the (case) numbers that we will see,” Palaszczuk told the press. “This will be unprecedented … So we need to be prepared.”

But Morrison said the federal government had already increased Queensland hospital funding by nearly 100 percent, double what the state government had.

He also quoted Chief Health Officer Jeannette Young, who said, in contradiction to Palaszczuk, that the QLD hospital system would be able to deal with a surge in cases.

“So they need to get on and run their public hospital system and not seek to make excuses about it, get on and do their jobs, and be responsible,” Morrison said.

Morrison said other states like New South Wales, Victoria, and the ACT were “getting on with it,” so Queensland needed to face the challenges and responsibility for their own health system.

On Monday, Queensland Deputy Premier Steven Miles said that every state had requested additional support from the federal government for their hospitals, meaning their request was not out of line.

“Our hospitals are jointly run and funded,” Miles said. “They are funded under a national partnership agreement—partnership is the keyword there.”

He said the federal government had artificially capped funding growth at 6.5 percent before the pandemic began, which would reduce hospitals’ ability to cope with demand once the state reopens.

“Given that our hospitals are funded as a partnership, we would like the federal government to increase their contribution to that partnership.”

Queensland is the only eastern state that has yet to produce a concrete reopening roadmap, with Palaszczuk backtracking on her commitment to the national reopening plan.

In September, Palaszczuk indicated that state borders would remain closed to its southern neighbour, New South Wales, until children under 12 are also vaccinated.