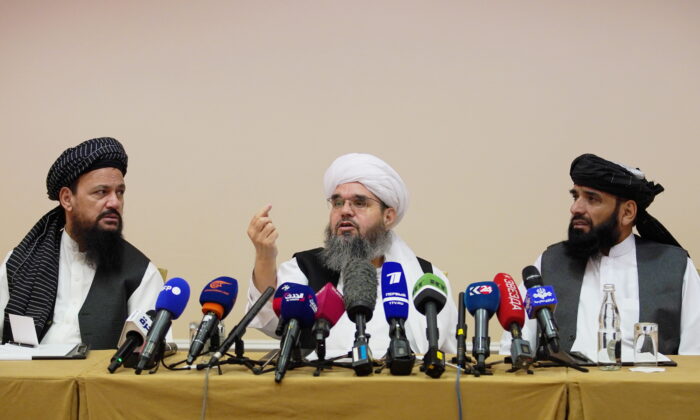 The prime minister rebuked the comments from Taliban spokesperson Suhail Shaheen, who made the incendiary remark earlier in the week.

“It is sickening and untrue, but I’m not surprised about a dishonourable statement from the Taliban,” Morrison told reporters in Canberra on Friday.

“They should know that the world is watching them and they expect them to live up to the statements they have made.”

He said Taliban commitments to allow people safe passage out of Afghanistan needed to be honoured.

“We will be seeking to ensure in everything we can do to ensure they seek to establish that trust because, at this stage, the account is in deficit with any trust you could put in the Taliban.”

The issue of the attacks in Afghanistan and the country’s future were discussed in a phone call between Morrison and U.S. President Joe Biden on Friday.

Morrison said Biden was due to meet with some of the U.S. service personnel wounded in at attacks in Kabul and asked him to pass on Australia’s condolences and thanks to them and the families.

This comes as a group of U.S. Republican lawmakers on Thursday sent a letter to Biden, urging him to release a full, unedited, and unredacted transcript from his July phone call with exiled Afghanistan President Ashraf Ghani, who fled Kabul on Aug. 15, allowing the Taliban to take the capital unopposed.