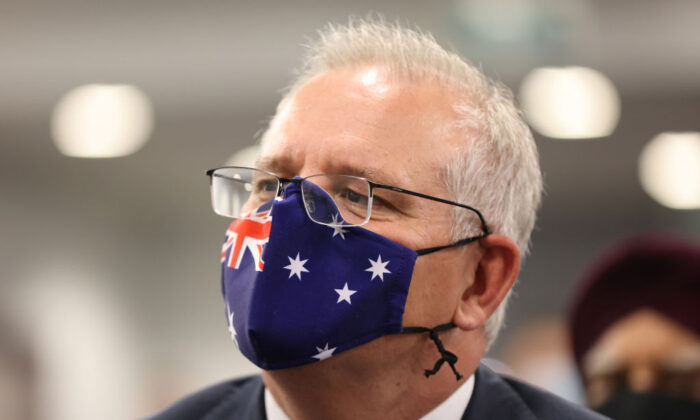 Australian Prime Minister Scott Morrison has, in the lead up to the federal elections, announced funding packages worth $139 million ($US104.6 million) to support endometriosis and genetic testing for couples trying for babies.

Morrison said that $58 million would go towards support, diagnosis, and treatment of endometriosis, a condition his wife suffers, and $81.2 million will be go into Medicare for genetic testing of cystic fibrosis (CF), spinal muscular atrophy (SMA), and fragile X syndrome (FXS) for couples.

“Genetic testing can assist families who are planning for their pregnancy and may be at risk of passing on significant genetic conditions, to understand and assess their risk and to plan their pregnancy appropriately,” he said on March 25.

With one in nine Australian women suffering from endometriosis, Morrison said that the funding will bring “welcome relief and support” to these women “through better diagnosis, treatment, and care.”

“Our plan will improve the quality of life for women living with endometriosis, with record support, building on our National Action Plan for Endometriosis, so women of all ages can get diagnosed and be supported.”

Under the National Action Plan for Endometriosis, $16.4 million will be used to establish new specialist endometriosis and pelvic pain clinics in each state and territory to support over 800,000 Australian women with the disease.

An additional $25.2 million will go towards the provision of magnetic resonance imaging through Medicare for women with severe endometriosis or who suffer from other conditions that affect their fertility.

Liberal MP for Boothby Nicolle Flint, who suffers from endometriosis, said that the announcement for more funding will “change lives, and help women and girls get the advice and support they need.”

Morrison said he had seen “firsthand” with his wife Jenny “just how debilitating endometriosis can be for women” as well as the mental and physical toll it takes.

Speaking on the  Today Show on March 25, Jenny said she did not receive the diagnosis for the disease until she was 26 after she had “been trying [for a child] for a couple of years,” though she suffered from painful periods from the time she was in Year 8.

Jenny went on to suffer a series of miscarriages until she gave birth to her first child Abby when she was 39 years of age.

“Not every woman wants to have children, and that’s totally fine,” Jenny said. “But when you do [and you can’t have children], you can’t break that yearning.”

Minister for Health Greg Hunt welcomed the increasing access to genetic testing, saying it will be a relief for parents and couples planning pregnancy.

“This will allow thousands of Australians to undergo genetic testing without huge out of pocket costs and enable them to see if they are genetic carriers of disorders like CF, SMA and FXS,” he said.

The new funding into genetic testing will be used to create a new Medicare item that will support access to genetic testing for couples to test if they are carriers for CF, SMA, and FXS; the three most common genetic disorders that result in substantially reduced life expectancies for the individual.

Testing for these three conditions are currently available privately, but from 2023, all three tests are expected to become subsidised through Medicare.