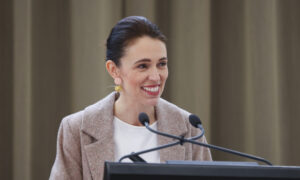 SYDNEY—Members of the Australian Parliament have joined forces for the first time to address the pressing global issues of forced organ harvesting and transplant tourism.

Forced organ harvesting is the removal of organs from a donor without obtaining prior voluntary consent, according to Doctors Against Forced Organ Harvesting (DAFOH). Medical tourists from countries including Australia travel overseas to obtain organs, which may come from prisoners executed to order – a practice called transplant tourism.

The newly formed Parliamentary friendship group Parliamentarians Against Forced Organ Harvesting (PAFOH) held their first meeting in Canberra on July 16. More than 10 politicians have so far joined PAFOH, including MPs from the Liberal and Labor parties, the Democratic Labour Party (DLP) and independents.

“There is no way that you can condone the practice of killing people for their organs in any way, shape or form,” said Senator John Madigan from the Democratic Labour Party (DLP), co-convenor of PAFOH.

“The practice of forced organ harvesting in countries including China should not be ignored under any circumstances.”

Liberal MP Craig Kelly, co-chair of PAFOH, says lifting voluntary donation rates will help bring an end to the illegal organ trade. “If we were able to lift the rate of organ donation in Australia and also worldwide, the barbaric practice of forced organ harvesting would come to an end,” he said.

Global demand for organs is rising, while international supply continues to fall short.

Spain, with its opt-out organ donation system, leads the world with the number of voluntary donations, with 35 out of every 1 million people going on the official register. The consent-based systems of the US and Australia see 21 and 16 citizens per million opt-in for voluntary donation, respectively.

According to the Chinese Ministry of Health, at least 10,000 transplants take place in China annually, with over 90 per cent of the organs coming from executed prisoners.

The remaining 10 per cent from “voluntary” donations is attributable solely to the China Red Cross Society, which pays high premiums to patients on their death beds for their organs.

This raises important questions about the ethics of organ transplants in China, says medical professor Maria Fiatarone Singh from Sydney University, who gave an in-depth presentation at the PAFOH meeting.

According to a 1984 Chinese law, it is permitted to remove organs from executed prisoners. Since the 1990s, claims have been made that the Chinese regime is systematically harvesting organs from prisoners.

Ethan Gutmann, an award-winning China analyst and human-rights investigator, presented findings from his new book, The Slaughter. Via video link, Mr Gutmann presented an outline of organ harvesting in China. He estimates that by 2008, at least 65,000 Falun Gong adherents had been murdered for their organs. Furthermore, he says that “figures up to 2 million [dollars are] being paid by certain patients for organs”.

Following the PAFOH meeting, Senator Madigan gave a formal Senate address, saying: “I wish to put on the record that the practice of forced organ harvesting in countries, including China, should not be ignored under any circumstances. I and the DLP believe that all should have the freedom to practise their religion without fear or favour.”

He acknowledged the over 400 Australian Falun Gong practitioners who had gathered in Canberra on July 16 to commemorate 15 years of persecution of the practice in China. Its adherents say practitioners in China have been one of the main sources of organs.

Leading medical bodies, like the World Medical Association and The Transplantation Society, condemn the use of prisoners as an organ source.

In 2005, China Daily reported the number of transplants in China to be about 20,000, with more than 90 per cent of the organs coming from executed prisoners.

While Beijing has circulated promises of “phasing out” its reliance on prisoners’ organs since 2007, it appears the regime has backflipped on its promises.

Former Vice-Minister of Health Huang Jiefu reiterated this at a 2010 Madrid transplant conference, saying: “I have no objections to using executed prisoners organ donations if he or she has freely demonstrated that that is his last will.”

Huang, now the director of the National Organ Transplant Committee, was quoted by the China Daily newspaper as saying: “Any organ donations, including those by executed prisoners, have to go through the system and the computerised allocation process.”

Professor Fiatarone Singh says changing the process will simply mean it will become impossible to trace organ origins and gives no guarantees of stopping the unethical practice.