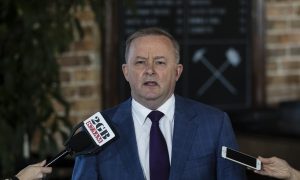 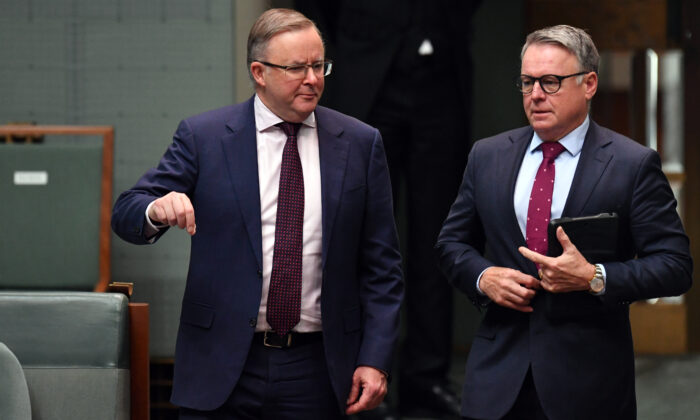 Leader of the Opposition Anthony Albanese (left) arrives with Opposition Minister for Agriculture Joel Fitzgibbon during the opening of the House of Representatives at Parliament House, on June 18, 2020 in Canberra, Australia. (Sam Mooy/Getty Images)
Australia

Opposition Leader Anthony Albanese has said he is lucky to be alive after a head-on car accident left him in hospital on Jan. 8 with internal and external injuries.

The accident, which occurred as Albanese was headed home from his electoral office, destroyed the opposition leaders’ car and left him trapped in the wreckage until emergency services could free him.

Speaking on 2GB Radio, Albanese said the accident had come very close to ending his life and ruining the life of the 17-year-old driver of the Range Rover involved in the collision.

“It was very close to essentially ending my life and to, of course, changing this young man’s life as well, ” Albanese said.

“It’s a reminder out there for people to drive safely. They can hurt themselves and others on the road. To actually make sure they are looking at the road too,” he said.

Albanese explained the young Range Rover driver, who was not injured, had been given an infringement notice for negligent driving. He also said, “I hope that the experience turns him into the safest driver that Australia’s ever seen.”

Despite noting that he would never forget the noise of the impact, which he called a very scary event, the Labor leader said that he had a few injuries, but he would be “fighting fit” soon enough.

“The police and the paramedics were fantastic on the spot. And the off-duty nurse who attended to us was across the road, a witness to the accident. And then the staff at Royal Prince Alfred Hospital, whether it be the doctors, the nurses, the orderlies, radiographers, they were all terrific,” Albanese said.

Albanese was discharged from the hospital on Jan. 9 and is currently being treated through outpatient care.