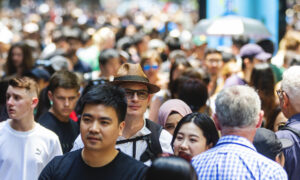 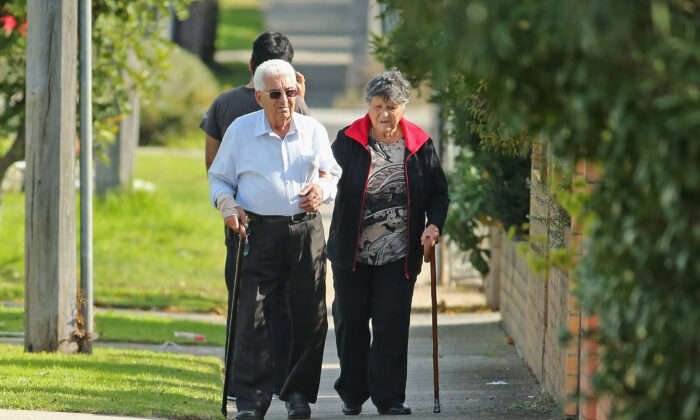 An elderly couple walk down the street on May 13, 2014 in Melbourne, Australia. (Photo by Scott Barbour/Getty Images)
Australia

Australia’s aged care sector may potentially face shortages of at least 110,000 direct workers within the next decade if appropriate action is not taken to recruit more workers, a study has found.

Research by the Committee for Economic Development Australia (CEDA) revealed that if this challenge is not addressed, the shortage could swell to 400,000 by 2050.

“We will need at least 17,000 more direct aged care workers each year in the next decade just to meet basic standards of care,” CEDA chief economist Jarrod Ball said, adding that it was a conservative assumption.

It is forecasted that by 2031, nearly 20 percent of Australia’s population will be over 65, up from the current 16 percent. Therefore, the demand for workers in aged care will only continue to grow.

“This requires a massive commitment from the Federal Government, the kind we haven’t seen to date,” Ball said. “We have not come anywhere near the growth in workers we need to meet demand. The Federal Government must commit to increasing funding for the sector to meet the workforce challenge.”

The latest federal budget included a $17.7 billion (U.S. $12.9 billion) aged care package, the most significant investment into the sector in Australian history. Yet, Ball believes the allocated amount is not enough to fix the problems.

The report notes that Australia spends around the OECD average on aged care, yet the quality of care does not meet the same standards as countries like Japan and the Netherlands.

“While migration is not a panacea, it is unlikely that Australia can get anywhere close to meeting its workforce needs without it,” the report said, noting that over 30 percent of Australia’s aged care workforce are migrants.

“The industry has relied on migration to bolster its workforce, chiefly by employing people who have migrated to Australia and ended up working in aged care, rather than by hiring migrants who have arrived intending to work in aged care,” it said.

The report suggested that more emphasis should be placed on actively recruiting experienced and qualified migrant workers rather than those who go into the sector “simply because they need a job.”