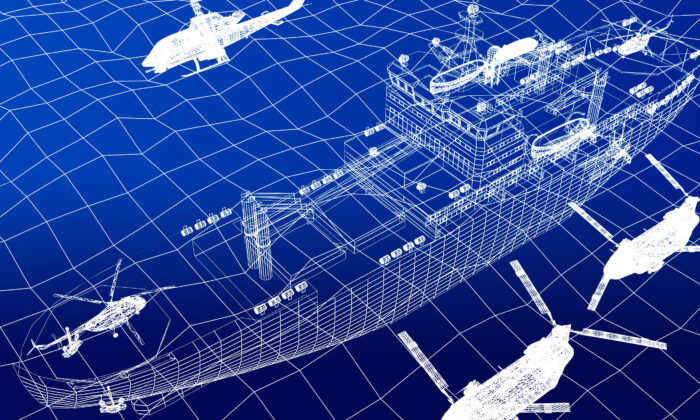 The Australian government has awarded $5 million for the development of an advanced cyber training system that will mimic real life naval firefighting scenarios and boost the capability of the Australian Defence Force (ADF).

The grant will allow Victoria’s Deakin University to continue the development of its high-tech system, which combines virtual reality, augmented reality, and artificial intelligence to offer a more immersive training experience.

“Deakin University’s new system will provide the ADF with a more diverse and realistic range of naval firefighting and training options that could significantly improve learning outcomes and safety,” said Defence Industry, and Science and Technology Minister Melissa Price.

“This investment highlights the innovative research and development that Australia’s sovereign industry is capable of producing and exporting.”

Deakin University has already completed 165 contracts for Australia, such as a driving simulator for Australia’s armoured combat reconnaissance vehicles, and has cemented a long-standing reputation as a defence technology developer for the ADF.

Price highlighted the move as one of several already unveiled which have strengthened Australia’s military presence in the Indo-Pacific region.

“This contract follows the signing of the $1 billion agreement between Hanwha Defense Australia and the Morrison Government to produce Howitzers for the Australian Army, cementing our region’s position at the forefront of Australia’s defence industry for decades to come,” Price said.

Over the last year, the Australian government has spearheaded the upgrade of its military arsenal. The $1 billion (US$718.7 million) weapons contract with South Korean defence giant Hanwha follows the announcement of a historic deal that will see Australia acquire nuclear-powered submarines in the future.

More recently, Australia has also splashed $3.5 billion on more than 100 United States tanks and armoured vehicles, while at the same time working to fast track future projects by rapidly accelerating the rate at which these projects receive approval.

“By now, we are all familiar with the frequent claims of the Chinese government that it is committed to peace, cooperation, and development,” Dutton said. “And yet we bear witness to a significant disconnect between words and actions, between rhetoric and reality.”

Steps taken by the CCP that have received backlash include the 20 man-made outposts located in the South China Sea in violation of international agreements, the increasing numbers of Chinese military jets in Taiwan’s air defence identification zone, the use of militia-crewed fishing vessels to intrude in the Philippines’ exclusive economic zone, escalating tensions on China’s border with India and in the East China Sea with Japan, and the cyber activities against foreign governments and institutions.

Beijing has also been criticised for its continued rampant human rights abuses, including the persecution and forced organ harvesting of Falun Dafa practitioners, the detention of Uyghurs in Xinjiang, the murder of more than a million Tibetans, the stripping of Hong Kong’s democracy, the arrests of human rights lawyers and pro-democracy activists, and more.

In light of Beijing’s aggression, Australia has strengthened dialogue with China’s neighbours in the Indo-Pacific, as well as participating in numerous war-game exercises in the region, including with India, Japan, Singapore, Malaysia, the U.S., the UK, Canada, and Germany.