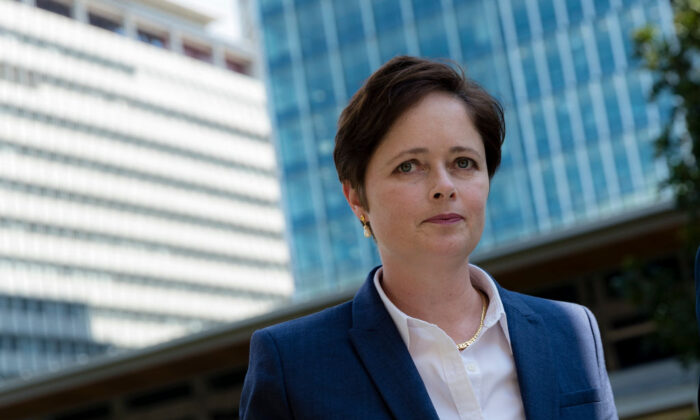 An Australian MP in the state of New South Wales (NSW) has urged the state Health Minister Brad Hazzard to retain thousands of frontline health workers who are not vaccinated against the CCP virus.

In an open letter to Hazzard, Education Minister Sarah Mitchell, and the Minister for Police and Emergency Services David Elliot on Sept. 28, Western Sydney Liberal MP Tanya Davies called on the ministers to keep health workers who are not vaccinated working in the public health system.

Currently, Sept.30 marks the deadline for thousands of health workers in the state to receive at least one dose of a COVID-19 vaccine, according to the latest policy by the NSW government. After the date, those who’re not vaccinated will be put on unpaid leave until they provide proof of vaccination or medical exemption certificates.

“I write to you on behalf of 1000s of public servants under your authority, who face imminent dismissal as a result of their non-vaccination status as outlined in the public health orders,” the letter reads.

“Given the population of New South Wales will be back to a new normal in just over two months’ time, I believe there must be a better way to support these public servants other than terminating their employment.”

NSW has announced on Sept. 27 its roadmap to reopening, with freedom promised to be given back to all residents, regardless of their vaccination status, when the vaccination rate hits 90 percent, which is projected on Dec. 1.

“At this time of crisis, we need more skilled health workers, educators, police, and emergency services on the frontline—not less. The forced vaccination mandate will see thousands of trained, qualified, experienced frontline workers out of a job,” Davies said in a Facebook post on Sept. 28.

“The government has already acknowledged a shortage of key staff. By announcing the bringing out of retirement of health professionals that to dismiss 1000s of staff now, we put an unacceptably high, however avoidable, pressure on the government services to our communities.”

She further urged the ministers to investigate options for these workers to keep working, such as rapid antigen testing, additional PPE, extending working from home hours.

She also suggested giving health workers non–front facing roles, allowing the use of long service leave annually, or even annual leave without pay.

Nighty-four percent of NSW’s 140,000 health workers have received at least one dose. The state’s health authorities are currently relocating staff from regional areas in the state to cover the manpower shortage.

Health Minister Hazzard said that he would not exempt any local health district or hospital from the vaccination rules.

“If they want to put their patients and their colleagues at risk, well they won’t have a position,” The Sydney Morning Herald reported Hazzard saying so.

Two legal challenges to the vaccine mandate are currently being considered in the NSW courts: one by aged care worker Natasha Henry and another by emergency worker John Larter, who has been suspended after filing the law case.