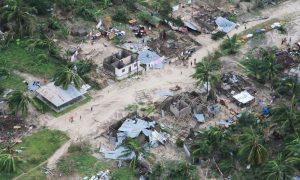 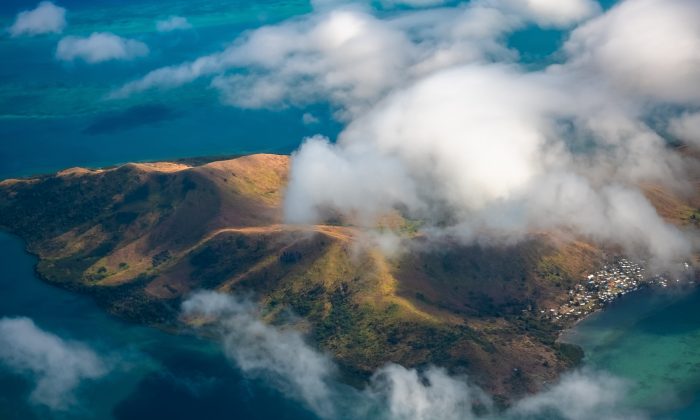 An Australian mother-of-three working for the United Nations in Fiji was found dead and authorities cited by The Sydney Morning Herald believe she may have been murdered.

Jennifer Downes, who was professionally known as Jenna Lusaka, was found dead at her home in the capital Suva on Tuesday, July 23, the Australian news service News.com.au reported. She and her husband had moved to Fiji several weeks ago, along with their three children.

The deceased woman’s husband, Henry Lusaka John, was found with serious injuries, the news outlet reported, after possibly falling from a balcony.

An Australian UN worker has been found dead in Fiji before her husband was seriously injured plunging from their balcony. https://t.co/r1QO9Jy4r0

John was transported to an area hospital for treatment, The Guardian reported, and was being kept there under police guard. Originally from Congo and an Australian citizen, John also worked for an international organization, according to the Fiji Sun.

Police cited by the Sun said John’s work colleagues went to the couple’s home around 1 p.m. Tuesday and found him seriously injured and his wife dead.

Police spokesperson Ana Naisoro told the Sun that detectives were investigating the case as a possible homicide. Authorities have identified John as the key suspect in Downe’s murder, FBC News reported.

The case of an Australian national Jennifer Downes has been classified as murder.https://t.co/nVLdO6Bst4#FBCNews #FijiNews #Fiji pic.twitter.com/xwINWXYsfj

The Australian Department of Foreign Affairs and Trade told The Guardian the agency is assisting the woman’s family, but did not comment on the situation further.

“Owing to our privacy obligations we will not provide further comment,” a spokesman said, according to the report.

Farhan Haq, deputy spokesperson for the UN secretary general, was cited by The Guardian as saying the organization was aware of the “tragic death” of a staff member.

“The UN closely collaborates with national law enforcement authorities in Fiji in following up on this case,” the spokesperson said, according to the report.

Australia’s Minister for Foreign Affairs Marise Payne was cited by The Sydney Morning Herald as expressing her condolences to the family and saying that she is deeply saddened by Downes’s death.

Downes worked as a logistics officer for the United Nations World Food Program in the Pacific since 2017, The Herald reported, after starting her career in the Democratic Republic of Congo.

A WFP spokesperson cited by the Herald said the organization was “saddened by the sudden passing of our dear colleague.”

“Jenna and her team had worked tirelessly to bring logistics tools and knowledge to the communities in the Pacific islands, helping them prepare for and respond to natural disasters,” the spokesperson said, according to the report.

‘You Have to Live and Breathe It’

In an institutional Medium post attributed to WFP Asia & Pacific published in June 2018, Downes described how much she loved her job.

“Anyone can be a logistician but not everyone can do the job well. Being a good logistician comes from having a love of it. Well, that, and being able to see into the future.”

The WFP wrote that, “With her zest for the role, good-humored nature, and more than 10 years of field experience, Jenna is working with partners across the Pacific on building knowledge on logistics systems, tools, and operational planning for disaster preparedness.”

Asked in the article what she believed were attributes for the role, she replied: “Patience, a sense of humor and a love of logistics! It’s never a 50 percent effort. You have to live and breathe it. You have to believe in it.”