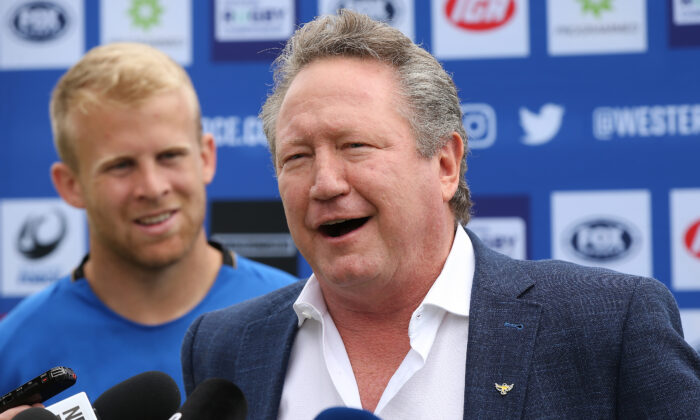 The wholly-owned subsidiary of Fortescue Metals Group has signed an agreement with the PNG government to look at the feasibility of up to seven hydropower and 11 geothermal energy projects.

They would be used to generate renewable electricity for the development of green hydrogen and ammonia.

Fortescue Metals Group expects this to create a significant domestic and export industry for a country that relies heavily on imported oil.

“These projects will completely transform PNG to become a leader in the world’s renewable energy transition,” Fortescue’s chair and founder Forrest said.

“We are committed to ensuring PNG’s communities benefit from growth and development through these projects, including training, employment and business development opportunities.”

The company anticipates the projects, once completed, could produce up to 2.3 million tonnes of green hydrogen a year.

Forrest, who attended the COP26 climate summit in Glasgow, champions hydrogen produced using renewables as part of the answer to global warming.

He has inked deals with various countries and is also investing in the industry with the New South Wales and Queensland state governments.

Australia has committed to reduce emissions to net zero by 2050, with a plan that is underpinned by technology development.

While at COP26 in Glasgow, Prime Minister Scott Morrison told world leaders that the swift invention of COVID-19 vaccines provided cause for optimism that scientists and other experts can invent the technological solutions needed to combat climate change by achieving net zero carbon emissions by 2050.

“It will be our scientists, our technologists, our engineers, our entrepreneurs, our industrialists, and our financiers that will actually chart the path to net zero,” he said. “And it is up to us as leaders of governments to back them in.”

The prime minister spoke of Australia’s plan to achieve a decarbonised economy through low-cost clean technology that doesn’t deny people, especially in developing economies, their livelihoods or the opportunity for a better quality of life.

“Cleaner technology solutions must outcompete existing technologies if they are to be successful everywhere, and especially so in developing economies,” he said.

“Raising the cost of energy just impacts on those who can afford it least,” he said.