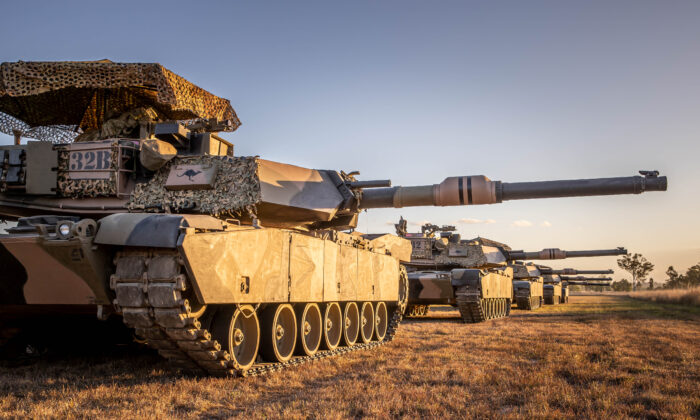 Federal Senator Jim Molan has warned Australians against complacency, saying there is a need to be prepared for conflict in the Indo-Pacific region.

He made the comments to Emeritus Professor of Law David Flint in an episode of Australia Calling, saying Australia’s defence force could not sustain a prolonged conflict.

“The government from 2013 until now has done more for national security than any other government in relation to the Australian Defence Force (ADF). They brought our defence force up to where it should have been for the last 75 years,” he said.

He pointed to the June 2020 new Strategic Update, which saw the federal government pledge $270 billion (US$196 million) into the ADF over the next decade in response to an Indo-Pacific region that Prime Minister Scott Morrison said was the “epicentre of rising strategic competition.”

However, according to Molan, “It still leaves us with a defence force that is not lethal enough. It’s not sustainable enough, and it can’t fight for a long period of time … A lot of people say they are a one-shot defence force.”

Molan has previously warned the precarious nature of the nation’s fuel reserves left the military in a vulnerable position if conflict were to break out.

Australia is heavily dependent on international supply lines keeping the nation’s engines running. Current estimates believe the country has a few weeks of fuel reserves available if supplies are cut (well below the 90-day threshold recommended by the International Energy Agency).

Such an event would be devastating for the nation as cars, planes, trains, and trucks would grind to a halt, which would, in turn, have a major effect on transporting goods such as food or medical supplies around the nation.

“There is no conception, within government or within this country, on what the nature of war is like,” he warned. “Australians have been fabulously at peace for 75 years, and there is this perception that every now and again the ADF goes away and does something with the Americans. We’ve paid our dues to the Americans, and life goes on as normal.”

“It will not be like that if there is a Taiwan scenario,” he said, noting a conflict in the Taiwan Strait would likely involve every country in the region, including Australia and the United States.

“We are probably one of the richest countries in the world per GDP capita, it’s about the 13th largest economy in the world, and we’ve got a fabulously educated population,” he said. “We could defend this country; we just elect not to do it.”

The Australian government has, over the last year, bolstered its defence force with the acquisition and development of new weapons systems, including a March announcement to spend $1 billion (US$730 million) into developing its own guided-missile production industry.

However, the recently signed AUKUS agreement with the U.S. and UK governments signals the biggest step up in the country’s military capability.

AUKUS will allow the United States and the UK to assist Australia with the acquisition of nuclear-powered submarines.  A move that would significantly influence the power balance in the Indo-Pacific, elevate the potency of Australia’s naval capability and make it one of six nations globally to operate nuclear-powered subs, despite being a non-nuclear power.

Currently, only India, the UK, the U.S., China, France, and Russia have similar capabilities.

The formation of AUKUS comes amid increasing concern over Beijing’s posturing and aggression in the Indo-Pacific region, from actions such as the takeover of Hong Kong, building artificial islands in the South China Sea, economic coercion against Australia, and an ongoing military build-up.