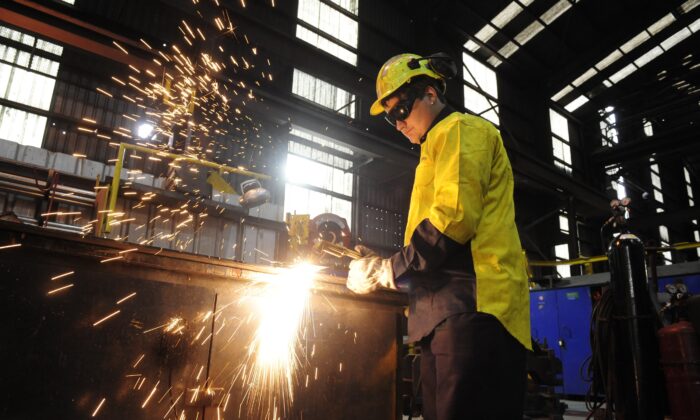 Australian Manufacturers Consider Moving to US If Energy Crisis Not Resolved

The leaders of Brickworks, Australia’s largest brickmaker, and Boral, a manufacturer of construction materials, gave a blunt assessment of the situation.

“If we had to pay, when our contract rolled over, (the current spot price), we would no doubt be shutting plants down and moving production offshore,” Lindsay Partridge, managing director of Brickworks, said in an interview.

In comparison, the company pays just US$3 per gigajoule in the United States.

“It’s a pretty easy equation to work out,” Partridge added, noting it would be cheaper for the company to manufacture in the United States and ship products back into Australia.

Meanwhile, Boral revealed that it had cut back its operations to deal with the rising energy prices.

“We have been forced to temporarily curtail some areas of our operations and unfortunately have been left with no other option than to pass increases onto customers directly,” CEO Zlatko Todorcevski told Reuters in an email.

“We have also had to accelerate plans to review our overheads as we offset these inflationary challenges.”

Australia is grappling with an energy crisis caused by a confluence of factors including a spike in global gas and coal demand caused by sanctions on Russia in response to the Ukraine War; a polar vortex that has driven up domestic demand for gas and electricity; and a lack of readily available baseload energy from coal-fired and gas-fired generators.

The unreliability of the latter has been caused by a focus on renewable energy sources, which has led to a lack of investment in maintaining existing coal-fired power plants, and exploration of new gas fields.

In a bid to deal with the situation, the Australian Energy Market Operator (AEMO) has resorted to greater intervention in the market.

Earlier in the month, AEMO placed a price cap on wholesale electricity prices to try to curb the cost of power to consumers.

However, generators responded by simply withdrawing power availability at certain times due to low profitability. This forced the market regulator to step in and in one instance, order generators produce 5,000 megawatts of electricity to avoid potential blackouts in areas like Sydney.

Going forward, the government will look to replace the market mechanism with a “capacity mechanism” by 2025, designed by the Energy Security Board.

Under the proposed system, generators would be paid to be on standby with available electricity, rather than paid based on how much they bid—and supply—the National Electricity Market.

State governments will also be given the authority to decide how much of the electricity mix will be renewable or fossil fuel-based. The Victorian state government has already ruled out paying for the latter.