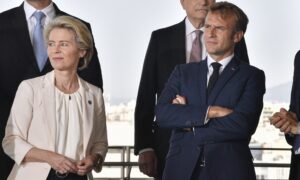 For years in wealthy and developed countries around the world, there has been a shortage of organs for transplant. In response, rich people in need of an organ sometimes simply travel abroad to get a quick liver or kidney—with no scruples as to how the organ was obtained.

Now a law being introduced in a state of Australia targets the problem globally, by holding the transplant tourist responsible. While this proposal is aimed at all instances of organ trafficking, including in countries like Pakistan, India, and Peru, experts believe that the immediate impact will be to the Chinese regime, which for over a decade has engaged in an unrivaled program of systematized state-run organ harvesting. This program uses death-row prisoners, but has also harvested the organs from tens of thousands of prisoners of conscience.

The proposed law will be a step forward in combating such practices, experts say.

“This is like a nuclear free zone,” says Ethan Gutmann, an investigative journalist who has published extensively on organ harvesting from political and religious prisoners in China. “If you do it in one place, you do it in other places. My hope is that Australia and New South Wales will push the world.”

Behind the amendment proposal is Greens politician David Shoebridge, a member of the Upper House of the Parliament of New South Wales, Australia. His law, if passed, would make it a crime for residents of New South Wales to receive trafficked organs.

“There’s a moral requirement on any country which sees its citizens taking advantage of lax laws, lax practices and gross income inequality,” Shoebridge said in a telephone interview.

He related a recent discussion he had with a doctor: A patient told the doctor that they would not be attending treatment the following day, because they were going to China, where their donor was about to be shot. “That’s a chilling prospect,” Shoebridge said, “and one which we have a moral duty to address.”

Shoebridge’s proposal revolves around amending an existing bill in New South Wales, the Human Tissue Act 1983, which deals with the supply of human organs within the state, the most populated in Australia and home to Sydney. The law would make receiving a trafficked vital organ equivalent to manslaughter.

Though the bill would only apply to residents of New South Wales, the impact is intended to be global, Shoebridge said. He wants to do something practical in Australia “that hopefully can be a model for other jurisdictions, so that we get a global approach.”

This chimes with the suggestions of some researchers in the field.

Gabriel Danovitch, a professor of medicine at University of California Los Angeles Medical School, for example, spoke about the topic at a U.S. congressional hearing held last year on organ harvesting in China.

Danovitch added that while it’s hard for the United States to control what happens in China, “We do have some control about what goes on in this country and how we affect the behavior of Americans. It is not enough for us to express abhorrence to this practice. Congress can tell Americans not to go to China or elsewhere to purchase organs from the living or the dead. We can do that.”

There are no official statistics about the number of Australians who travel overseas to get organs. The Australian Organ and Tissue Authority does not collect such information, and the agency’s annual reports and website make no reference to transplant tourism, nor provide guidance for Australians who may be considering traveling overseas for a transplant.

Anecdotes have emerged in the Australian press and in academic papers. In 2011 an elderly Sydney woman attempted to buy an organ from a woman she had flown in from the Philippines, until the police intervened.

An article in the 2005 issue of the Medical Journal of Australia referred to 16 cases of Australian patients traveling overseas for kidney transplants, including to India, Iraq, the Philippines, and China from where seven of the recipients obtained organs.

It’s a certainty, according to researchers, that organs from China did not come from willing donor sources: Chinese Communist Party officials admit that most organs come from executed prisoners. They say they’re trying to reform the system, but researchers have been skeptical.

While Chinese officials admit—after years of denials —that organs come from prisoners, they do not specify which types of prisoners. Available evidence suggests that in large part, the organs have come from practitioners of Falun Gong, a spiritual discipline that has been persecuted in China since 1999.

The research of two Canadians, human rights lawyer David Matas, and former parliamentarian David Kilgour, indicates that from 2000 to 2005, 41,500 organs were harvested from Falun Gong prisoners. The consultation paper produced as part of Shoebridge’s bill amendment includes reference to the Kilgour-Matas report. Gutmann estimates the figure was 65,000 by 2008.

Matas, in a telephone interview, said that the amendment is “certainly helpful.” Referring to a range of similar legislative motions in France, Canada, and Belgium, he said, “What I see with these proposals is a building momentum to do something.”

In their 2006 report, Matas and Kilgour had called for a clampdown on transplant tourism. “What this shows is that there is a gap in the system, and it needs to be filled, and without that abuse can happen with impunity.” He added that, given it’s a global issue, “every piece of legislation, even if proposed, helps set a precedent for other legislators.”

Gutmann suspects that a bill that criminalizes receipt of trafficked organs, and whose accompanying text refers to Chinese regime-led organ harvesting practices, will “drive Chinese officials nuts.” He added, “It’s precisely the time when they’re involved in their big initiative, going to reform their labor camps, the organ system, and this comes along. These issues will not leave them alone.”

His research has led him to believe that the Communist Party wishes to escape responsibility for the tens of thousands of prisoners of conscience who have had their organs harvested under the Party’s watch. “They have to pay for historical crimes. You want to reform? You’ve got to pay the history tax. You examine it publicly; you don’t have your secret service do a study. You put it out there, you pay compensation.”

Shoebridge expects that the crafting of the bill—and the extensive process of public consultation, including with health professionals—will make for a proposal that is not easily derailed by diplomatic representations.

“There’s always the possibility that one or other country, and that may well be China, would seek to play interference with this legislation,” Shoebridge said. “However, we’ve crafted the bill, and we’ve expressed the intent in the consultation paper, to address a global problem, and not to single out any one country. For that reason we are hopeful that it won’t see such direct interference.”