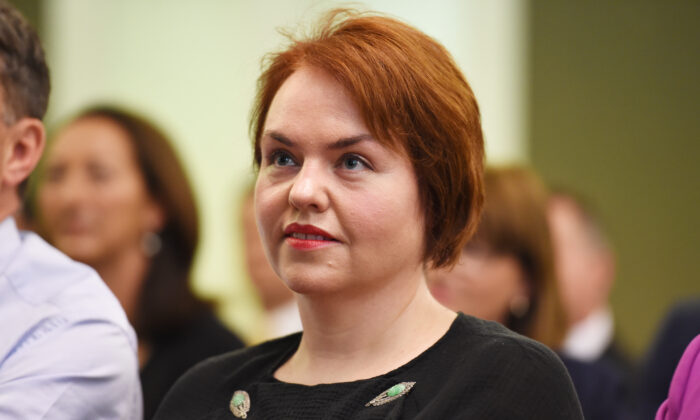 The senator was laid to rest on March 21 after she passed away from a suspected heart attack on March 10, aged 52.

Albanese revealed to The Daily Telegraph that he had written to the ALP national executive to establish the Kimberley Kitching Human Rights Award in recognition of her spearheading new laws like the Magnitsky Act— which gives the government the power to sanction overseas human rights violators.

“This is a practical way to honour Kimberley Kitching’s legacy and commitment to international human rights,” Albanese said.

His letter, obtained by AAP, said the award would go to a “member of the party who has demonstrated an outstanding commitment to the advancement of human rights in Australia or globally.”

His announcement comes as Labor Party leaders scramble to deal with allegations of ostracising and bullying of Kitching during her time in parliament, particularly from Senators Penny Wong, Katy Gallagher, and Kristina Keneally—who have been the figureheads of Labor’s gender equality push.

Kitching was allegedly not only ousted from email lists containing the Labor Party’s daily media lines (which was later reversed), but she was also removed from the tactics committee and denied opportunities to ask questions during Senate hearings.

The isolation was argued to be due to her supposedly warning Coalition MP Linda Reynolds that the Labor Party would seek to weaponise allegations of rape in her office for political means. Another was Kitching’s fierce stance on Beijing.

The Victorian senator had also faced internal criticism for her participation in The Wolverines, a bipartisan parliamentary influence group comprised of mainly Coalition MPs critical of the CCP.

Later allegations emerged that Kitching had pushed Wong, the foreign ministry spokesperson, to legislate Magnitsky Laws earlier, but found out later—after her idea had been vetoed—that Wong had taken credit for her work and proposed the sanction laws herself.

During Kitching’s funeral, widower Andrew Landeryou, criticised the treatment meted out to the senator during her time in politics, while praising her determination.

“She was unafraid in all things, unafraid of all foes, and she had big plans,” he said.

“She exemplified the courage and creativity that we all say we want from candidates for public office. But on all sides, we too often shun both—favouring useful idiots, obedient nudniks, and bland time servants,” he added. “I am so proud that Kimberly was a shining beacon of what could and what should be in our public life.”

Albanese meanwhile has resisted calls for an investigation into whether there was a culture of bullying in Labor but promised a review into the party’s complaint process.

“We have a constant review of our internal processes and are always looking to improve them.”