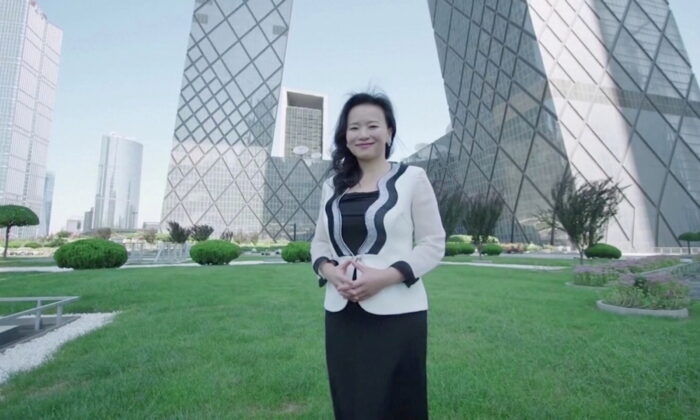 After being held in Chinese custody for 18 months, Chinese-Australian journalist Cheng Lei will appear in court on March 31, according to a statement by Australian Foreign Minister Marise Payne on March 26.

Cheng Lei was formally arrested by CCP authorities in February 2021, and prior to that was under residential surveillance for six months. She is rumored to have been involved in the case of Sun Lijun, China’s former vice-minister of Public Security, who had been indicted for “severe violations of party discipline and law.”

Cheng once worked as host of the English Channel at China’s state-run Global Television Network (CGTN). On Aug. 13, 2020, Chinese National Security Police arrested Cheng at her apartment in the Dongcheng District of Beijing. The next day, the Australian government received notice from Chinese authorities that Cheng had been placed under residential surveillance and was subject to a criminal investigation.

Eight months later, in April 2021, when members of the Australian consulate went to see Cheng, she was blindfolded, wearing a mask and handcuffs, and was led into the room by four guards. After Cheng sat down, a wooden restraint was tied to her knees before the guard took off her blindfold and mask.

She was last visited by Australian officials on March 21, and Australian Foreign Minister Payne said in a statement on March 26 that the Australian government is seriously concerned about Cheng’s detention conditions and her health.

Cheng immigrated to Australia with her parents when she was young and returned to China as an adult for her career development. She is a single mother with a son and a daughter aged 10 and 12 respectively. In early 2020, when classes were suspended in Beijing because of the COVID-19 outbreak, Cheng sent her children to her mother’s home in Melbourne.

Another Chinese-Australian, government worker and novelist Yang Hengjun, has been detained by Chinese authorities for two years.

Yang studied at the University of Technology in Sydney. The Epoch Times spoke to Yang’s doctoral supervisor at the University, Professor Feng Chongyi, on March 29 to ask his opinion about the two prisoners’ likely prospects.

Prof. Feng said that to the Chinese Communist Party (CCP) both Cheng Lei and Yang Hengjun are political prisoners.

He explained that in China, the law has two functions. One is social security, but the other is a more important political function, that is, protecting the security of the regime, eliminating or reducing political opponents, and suppressing dissident forces. China’s armed police force is one to two million strong and is used to suppress political opposition.

Regarding the six months of residential surveillance in designated locations that Cheng underwent, Prof. Feng said that this period doesn’t count as formal detention. However, this is the most difficult period for political prisoners as it consists of solitary confinement, no lawyers allowed, and no contact with the outside world. Usually there is also the use of sleep-deprivation, exhausting interrogations, and various tortures to get the prisoner to plead guilty while being physically and psychologically broken down. After that, they enter the legal process.

However, after entering the legal process, the authorities can use additional materials and investigations to delay a court date as suits their needs. After political prisoners are tried, they are usually not sentenced on the same day, and often encounter further delays.

“What Cheng Lei and Yang Hengjun have experienced is typical of the CCP’s process of dealing with political prisoners,” Prof. Feng said.

Comparing the two cases, Prof. Feng said that, based on the lengths of their residential surveillance, one can predict their sentences.

Furthermore, while it is troubling to the international community, the CCP’s judiciary regards personal confession of guilt and acceptance of punishment as very important. By confessing guilt and accepting punishment, the punishment may be more lenient.

He believes that Cheng Lei, the mother of two children, bears more pressure than Yang Hengjun at this point, and needs to be released from prison more urgently.

Links Between the Two Cases

Both Cheng and Yang are foreigners, and the CCP has accused them of crimes such as leaking state secrets and espionage.

Regarding online rumors that Cheng was somehow involved in Sun Lijun’s case, Prof. Feng said that it’s a reasonable assumption.

Moreover, the political status of CCTV anchors is special, especially a female anchor, Prof. Feng said. If there is no behind the scenes person who recommends her, no matter how capable she is, it’s unlikely she could become an anchor. Cheng grew up in Australia and had no connections in China, so Sun Lijun was likely her backstage person.

Finally, there is the time frame, Prof. Feng said. Cheng’s arrest happened after Sun Lijun was arrested. This is how the CCP handled similar cases. After arresting someone, find out who they have connections with, and then arrest the that person. If Cheng had any connection with Sun Lijun, she would have fallen into this net.

“Political cases must obey the political needs of the CCP,” Prof. Feng said. “They are not about having committed any crime, but about charging you as needed.”