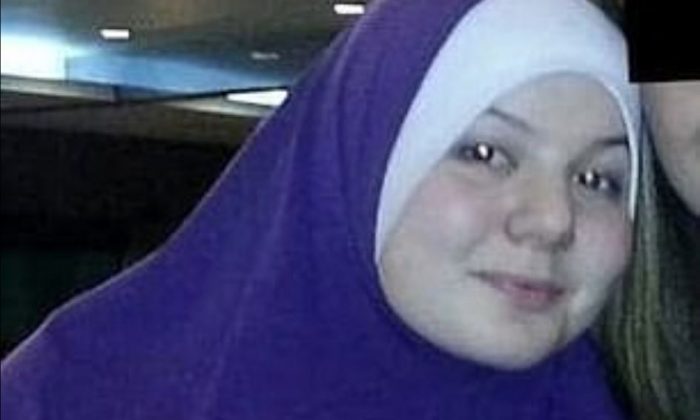 Zehra Duman, prior to fleeing Australia for Syria. (Facebook)
Australia

A woman believed to have fled Australia to join ISIS five years ago, has demanded to be allowed to return home, saying her daughter needs urgent medical attention, according to ABC.

She is thought to be 24-year-old woman Zehra Duman from Melbourne, who made headlines in 2014 when she travelled to Syria to become a jihadi bride.

The woman, who is currently at Al Hawl refugee camp in Syria, refused to confirm her identity but has demanded to be allowed home with her 6-month-old daughter and 2-year-old son, who she said are unwell.

Zehra Duman spoke to The Feed’s Elise Potaka from Raqqa at the height of the so-called Islamic State. Now the interview is being made public for the first time.https://t.co/GB4W8EvCDB@MiaMBloom @rcallimachi @lizzypearson pic.twitter.com/5VPs26Xrmq

“I want to go back to my country. I think everybody’s asking for that because I’m an Australian citizen,” she told an American humanitarian worker in a video interview obtained by ABC.

“The kids don’t need to suffer. My kids have a right to be treated like normal kids,” the woman said, while adding that she understood the move could anger Australians.

Scores of jihadi brides have been left scattered and displaced after ISIS was defeated last year, and many now remain in Syrian refugee camps.

Thread: 1) For a little background on Zehra Duman, she reportedly left Australia for Syria in late 2014. She was raised in Melbourne in what has been described as a relatively moderate Muslim household to parents of Turkish descent. pic.twitter.com/cQPw50mWWh

The 24-year-old said she had been attempting to leave ISIS for two years, but didn’t have the money to do so and feared she would be killed if she were caught.

“It’s very dangerous to leave like that. If you get caught from one side or the other side, it can put you into a lot of trouble,” she explained.

“Nobody understands that you cannot leave that place without money, and no money is allowed to be sent in, so you’re kind of left in a hole.”

She said unless she returns to Australia, her daughter’s life is in danger.

“Both of my kids are sick. [My daughter is] very malnourished, she’s … very skinny. I have no money, I’m not allowed to have money, they don’t give us food here and they don’t let us contact our families.”

Aussie ISIS bride Zehra Duman told me joining the Islamic State was the “the most amazig thing i did.” #terrorism #ISIS #ISISBride #auspol https://t.co/aa9CQYqfJC… https://t.co/Pd3URgsCcU

“My daughter needs milk and I don’t have money to buy her milk. I don’t know what to do now,” the 24-year-old said.

It is believed the woman’s story matches that of Duman, who at 19 travelled to Raqqa, the ISIS Syrian capital, to wed Australian fighter Mahmoud Abdullatif, according to ABC.

It comes as Duman’s mother told “SBS Dateline” her daughter had sent her a message from Al Hawl refugee camp in Syria.

Although Abdullatif reportedly died in January 2015, it is believed Duman continued stayed loyal to ISIS by posting images from a Twitter account showing a number of women wielding guns under an ISIS flag, reported MailOnline.

“US + Australia, how does it feel that all 5 of us were born n raised in your lands, & now here thirsty for ur blood?” Duman tweeted.

“Our husbands die in frontlines but that doesn’t stop women in the west from sending their husbands to kill kuffar. Attack: UK AUS & US,” another tweet reads.

The woman’s pleas for help were met with backlash from Australia’s Prime Minister Scott Morrison, who said she would “face the full force of the law,” if she were to return home, according to Australian Associated Press.

He added that those who go overseas to “join up with terrorists” must “take responsibility.”

“The great tragedy is how children get caught up in the crimes against Australia of their parents.

“I’m not going to put any Australian at risk to try to extract people from those situations,” he told reporters.

“I don’t have the same sympathy for the parents who have taken them to fight in a war zone—especially to fight on the ISIS side. You make your bed, you’ve got to lie in it, ” opposition leader Bill Shorten added.

U.S. President Donald Trump has called on several countries to take back their ISIS terrorists captured in Syria, according to AAP.

“The United States is asking Britain, France, Germany, and other European allies to take back over 800 ISIS fighters that we captured in Syria and put them on trial.

“The caliphate is ready to fall. The alternative is not a good one in that we will be forced to release them,” he said in a tweet last month.

With reporting by Australian Associated Press