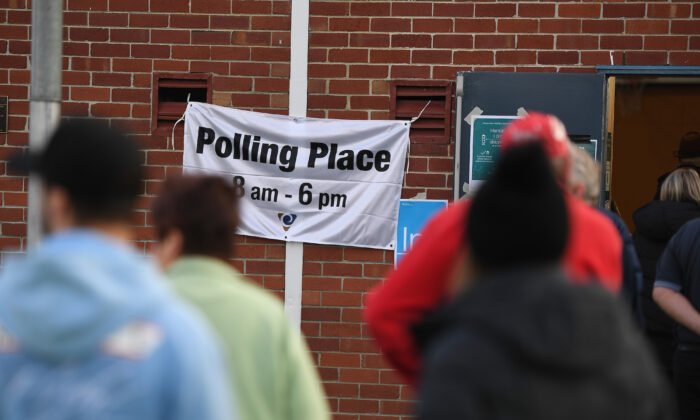 Australian Senator Amanda Stoker has said that a proposed voter identification (ID) bill would allow for a wide range of proof of identity documentation after two Indigenous bodies described the ID requirement as unnecessary and burdensome.

The Central Land Council and the Northern Land Council have both told a Senate estimates hearing that they weren’t consulted about the bill introduced into federal Parliament this week.

“There’s a number of issues surrounding Indigenous people in Central Australia surrounding postal addressing and street names, having their licences, access to information for the Australian Electoral Commission.”

He said the council knew of about 17,000 Indigenous people who were eligible to vote but weren’t enrolled because of issues regarding identification.

But Stoker said the bill allowed for flexibility for residents to provide proof of identity documentation.

Currently, voters only need to turn up at the polling booth on election day (usually a Saturday) and tell the volunteers their names, which will be marked off a register. They then receive a ballot paper with no ID needed.

The new Electoral Legislation Amendment (Voter Integrity) Bill 2021 (pdf) will require voters to produce any proof of identity document when they arrive at a polling booth.

This includes licences, and proof of age, Medicare, concession, pensioner, debit or credit cards, as well as birth certificates and documentation from a financial institution or utility provider.

“They’re deliberately flexible so that it can take into account a number of the concerns that have been raised,” Stoker said.

“We have made an effort to ensure that some of those concerns around being able to identify addresses and the like aren’t an impediment to Aboriginal Australians from being able to participate in democracy.”

This comes as the federal government is introducing new laws that will require Australians to display voter ID when voting at next the federal election. The proposal has been met with strong criticism from the opposition leader and left-leaning groups with claims of voter suppression.

Opposition Labor Party frontbencher Senator Don Farrell has said his party would repeal the laws if they’re elected to government.

“I am in the Labor party—we routinely lose elections, but even I don’t think there is anything untoward about the [existing voting] system,” he said.

Farrell accused the government of attempting to suppress votes.

“[The government] are not interested in cleaning up fraud … they want to suppress votes,” he said.

Prime Minister Scott Morrison said the proposed law was not “earth-shattering” and that the Joint Standing Committee on Electoral Matters had made similar recommendations in previous elections since 2013.

“In fact, it’s so important that countries like Canada, France, Sweden, Belgium, at least 14 states in the United States, and the United Kingdom has this year introduced voter ID laws to the House of Commons,” he told reporters on Oct. 28. “I mean, this is a standard practice that is in liberal democracies.”

The government will provide an extra $9.4 million to boost Indigenous participation in elections.

The government promised no voter would be turned away and indicated it would like changes in place by the election to be held by May next year.