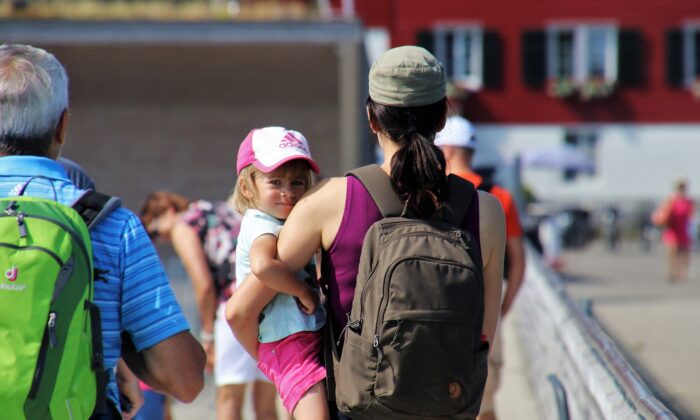 NSW Health urges parents to keep children at home if they are experiencing any stomach flu symptoms amid high number of outbreaks across the state. (pasja1000/Pixabay)
Australia

The New South Wales (NSW) government have warned parents to keep their children home if they feel unwell following a sharp increase in stomach flu outbreaks in childcare centres around the state.

NSW Health’s Executive Director of Health Protection, Richard Broome, revealed that there had been 156 reported outbreaks of gastroenteritis in early childhood education centres across the state in February thus far.

Almost 1,000 children and 210 staff members have been affected so far, almost double what is normally reported in February.

Viral gastroenteritis, also known as the stomach flu, is an infection of the stomach and intestines that is highly infectious. It is spread from the vomit or stool of an infectious person, which can occur when cleaning the fluids or sharing contaminated objects.

Symptoms include nausea, vomiting, diarrhoea, fever, abdominal pain, headache, and muscle aches. It can take up to three days to develop and usually lasts one or two days.

NSW Health advises parents to keep children experiencing the sickness at home until 48 hours after the last symptom occurs.

It also notes that washing hands thoroughly with regular soap and water is more effective than alcohol hand sanitiser, but that the sanitiser can be used if there are no alternatives.

“The main treatment for viral gastroenteritis is to rest and drink plenty of fluids. Most people recover without complications but it can be serious for infants, people with suppressed immune systems, and the elderly,” NSW Health said.

The outbreaks come as the NSW and Victorian health authorities recalled several baby formulas by the U.S. company Abbott Laboratories after reports of four infants getting sick.

Doctors warned parents to stop feeding their babies with formula from EleCare, Similac, and Alimentum as they may be contaminated with the dangerous bacterias Salmonella and Cronobacter.

NSW Health Chief Paediatrician Matthew O’Meara said so far, no known illnesses linked to the baby formulas have been reported in the state.

The Food and Drug Administration (FDA) has launched an investigation into the complaints of infection after consuming the products.

Jessie Zhang contributed to this article.