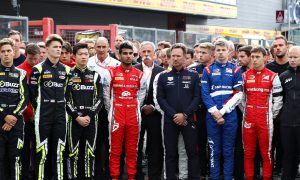 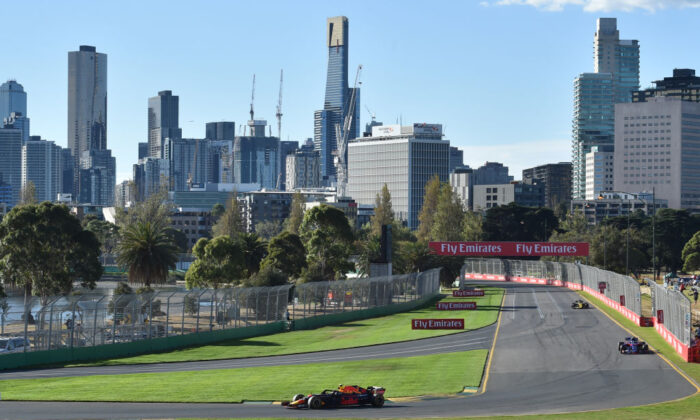 Red Bull's Dutch driver Max Verstappen drives around the Albert Park circuit during the second Formula One practice session in Melbourne on March 23, 2018, ahead of the Formula One Australian Grand Prix. ( (PAUL CROCK/Getty Images)
Australia

The Australian Grand Prix will be postponed to the back end of the Formula One season with Bahrain replacing it as the opening race in March, according to Aston Martin team owner Lawrence Stroll.

The move, due to the COVID-19 pandemic and quarantine restrictions, has been widely flagged in the media but is still yet to be confirmed by Formula One or local organisers.

“Melbourne has been — it’s not officially announced but it will be — not cancelled but postponed. We will go there sometime in the fall (autumn) and the first race will be Bahrain,” said the Canadian billionaire.

He was speaking ahead of the announcement of a new team title sponsorship with IT company Cognizant.

Formula One teams agreed the change in a virtual meeting with Formula One’s new chief executive Stefano Domenicali on January 4.

Sources said the same meeting also agreed for pre-season testing to move from Barcelona’s Circuit de Catalunya to Bahrain, without setting a date.

Last season’s race calendar had to be re-written due to the global pandemic, with an eventual 17 rounds in Europe and the Middle East and some circuits including Bahrain hosting two grands prix.

Stroll, also executive chairman of sportscar maker Aston Martin which is returning to F1 as a constructor for the first time in 60 years in a rebranding of the Racing Point team, expected lingering difficulties.

“I do believe we’re in for a difficult two or three months,” said Stroll. “There is a light at the end of the tunnel with the vaccine. I think the first few races will be slightly challenging.

“But Formula One management and the FIA, I really take my hat off to them to deliver 17 races as we did last year in 23 weeks, without really any major hiccups, in a very impressive manner.

“I think the worst is behind us and we’ve learnt through last year how to proceed with this year.”

Stroll and his son Lance, who drives for Aston Martin, both tested positive for the virus last year.