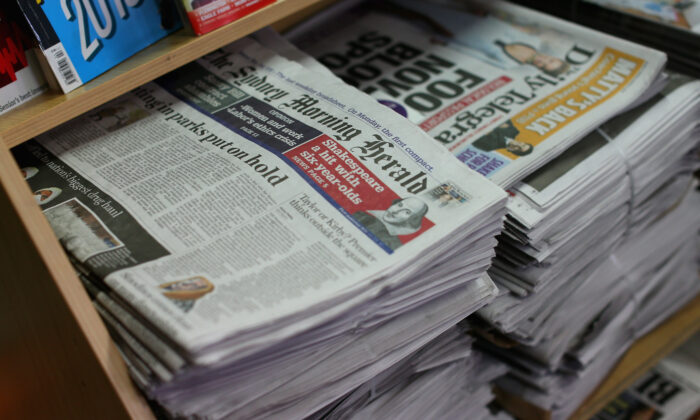 A Senate committee is set to unveil its long-awaited findings into the state of Australia’s media landscape.

The media diversity inquiry will hand down its final report on Thursday, more than a year after it was first established.

The report has been delayed multiple times, due to hearings being postponed.

Australian media companies, as well as global tech giants Google and Facebook, were scrutinised about the current state of journalism in Australia and the effect of media concentration.

The committee also examined the barriers faced by small and independent media outlets and the role of newswire services in supporting public interest journalism.

The inquiry was established following a petition launched by former prime minister Kevin Rudd, who had called for a royal commission into Rupert Murdoch’s News Corporation, which had received 500,000 signatures.

More than 4800 submissions were received by the inquiry.

The timing of the inquiry coincided with Facebook blocking news content to Australian users as a protest to the government’s media bargaining laws.

The ban was shortly reversed, with multiple media companies striking deals with Facebook and Google, requiring the tech companies to pay news outlets.

During his appearance before the committee, Kevin Rudd hit out at News Corp, declaring Australian politicians were frightened of the media influence of Rupert Murdoch.

Rudd said the culture of fear was “dead wrong for any democracy”.

Former prime minister Malcolm Turnbull also used his time before the committee to express his worry about the power of News Corp in the Australian media landscape.

The inquiry also heard from the country’s media watchdog, which said it did not take an active role in ensuring broadcasters adhered to media code.

The chair of the Australian Communications and Media Authority Nerida O’Loughlin said the authority did not have a monitoring role.

She denied there had been inadequacies in the regulatory framework.