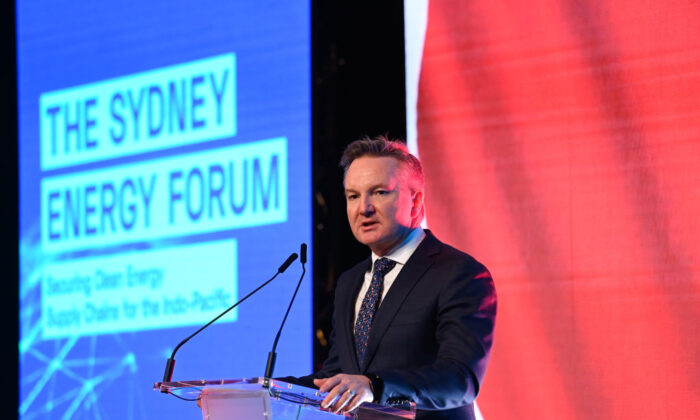 Australians will have a greater choice of electric vehicles as part of the federal government’s push to encourage more people to take up the low emissions cars.

High prices, limited stock and long waitlists have excluded many from the market, but a new national plan could help change that, Climate Change Minister Chris Bowen has said.

Growing Australia’s electric vehicle market and improving fuel efficiency standards will be the focus of a national strategy to be developed with state and territory leaders.

Bowen announced the plan at the inaugural national electric vehicle summit in Canberra on Friday, attended by politicians, industry representatives and community leaders.

Australia has significantly behind when it comes to the low emissions cars, with just eight options on the market under $60,000, Bowen said.

“There are many consumers who would be interested in buying an EV, but even if they could access the limited stock available, price sends them to petrol or diesel models,” he said.

The strategy will also include steps to improve national fuel efficiency standards, which the minister said would help drive down the costs of electric vehicles.

“Apart from Russia, Australia is the only OECD country to not have, or be in the process of developing fuel efficiency standards,” he said.

“As the world moves towards more efficient and cleaner vehicles (Australia) risks becoming even more of a dumping ground for old technology which can’t be sold in other markets.”

The plan was welcomed by the industry, while tech billionaire Mike Cannon-Brookes, who co-founded the summit, said it was a “refreshing step” from the government.

But policy changes in Australia needed to be more of a “leap” to catch up to the rest of the world, Cannon-Brookes said.

Bowen estimates Australia is about a decade behind Europe in the development of electric vehicle policy.

Federal crossbenchers say the government must prioritise the take-up of environmentally friendly cars.

Independent Kylea Tink plans to bring a proposal to the next parliamentary sitting week in September, which could see the government legislate binding fuel efficiency standards within the next two years.

Timelines for legislating standards will be worked through as part of public consultation, Bowen says.

Greens deputy leader Mehreen Faruqi will call on the government to urgently invest in charging infrastructure and discounts on electric vehicles.

The government last month introduced a proposal to parliament to change fringe benefits tax laws and remove the import tariff on electric vehicles to make them cheaper for more people.

But the independent advocate for vehicle safety, ANCAP, says environmental targets should not take precedence over consumer protection.

“It is critical initiatives to promote uptake of alternative-powered vehicles do not undermine the safety of Australia’s vehicle fleet,” ANCAP chief Carla Hoorweg said.

“We’re calling on all levels of government to ensure subsidies and incentives are only provided to models that offer the highest levels of safety.”