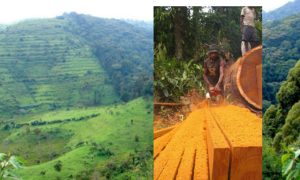 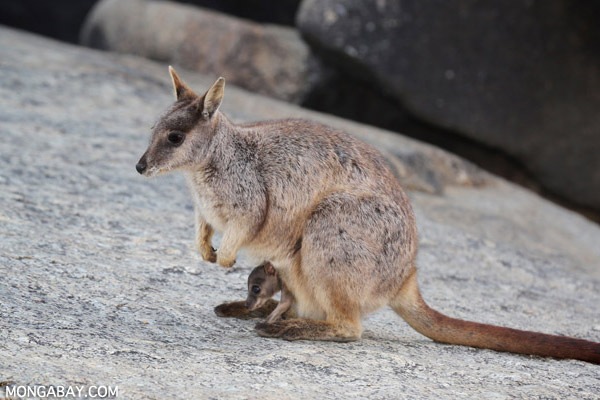 Australia's native mammals have fared poorly since the arrival of Europeans. (news.mongabay.com)
Environment

On Tuesday a prominent group of conservation scientists condemned the Australian government’s recent moves to eliminate protections for native ecosystems, cut research funding, backtrack on commitments to reduce greenhouse gas emissions, and step up persecution of individuals and organizations that speak out on environmental matters.

Convening in Cairns, Australia at its annual meeting, The Association for Tropical Biology and Conservation (ATBC) issued a resolution in support of stronger laws for climate change mitigation and environmental protection in Australia.

“Australia has recently weakened or overturned decades of legislation designed to protect its sensitive natural ecosystems and species, as well as altered demonstrably effective climate-change mitigation strategies such as elimination of the carbon-pricing scheme,” stated the resolution. “The Association for Tropical Biology and Conservation urges the Commonwealth Government to reconsider its stance on a financial penalty system to limit its greenhouse gas emissions, and that it implement a mandatory emissions-trading scheme.”

“The Government should not allow individual Australian states to weaken or overturn national legislation such as the Environmental Protection and Biodiversity Conservation Act 1999 given the recent trends for state governments to relax laws for vegetation clearing and to allow industrial activities such as logging, grazing, fishing and mining in ‘national’ parks and other protected areas,” said ATBC.

The group also urged the government to enforce a 2013 law that criminalized the import of illegally logged timber. The regulation, similar to the Lacey Act in the United States and FLEG-T in the E.U., has been hailed by scientists and environmentalists as a critical tool for cracking down on timber smuggling and illicit logging.

“[ATBC] implores the Commonwealth Government to abandon its attempt to remove the tax-deductible status of environmental groups and non-government organizations that work to protect Australia’s unique and threatened ecosystems and natural capital.”

ATBC’s resolution was echoed by Senator Christine Milne, leader of Australia’s Green Party, who spoke at the meeting Tuesday morning.

“Australia is a rich country, yet we are behaving appallingly,” she said, noting several recent developments that undermine protection for the environment, including last week’s repeal of Australia’s carbon tax, a plan to dump dredge sludge in the Great Barrier Reef Marine Park, the abolishment of the country’s $1 billion biodiversity fund, approval of mining projects in protected areas, and a failed attempt to remove 74,000 hectares of high conservation value forest from a World Heritage area in Tasmania for industrial logging.

“This would have set an appalling precedent for World Heritage properties around the world,” she said.

Milne called on scientists at the meeting to step up to fight for Australia’s embattled ecosystems.

This article was written and published by news.mongabay.com. For the original article and more information, please click HERE.