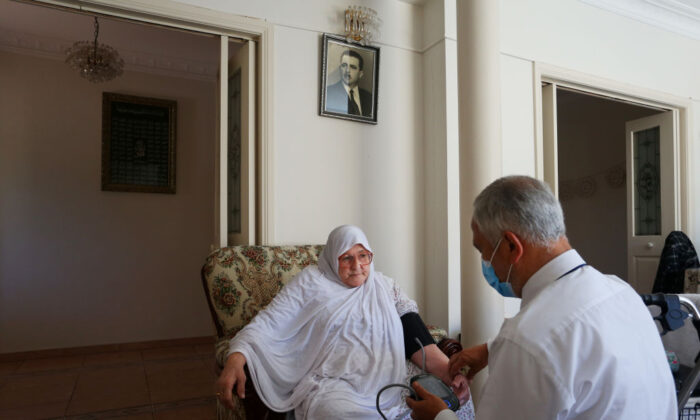 The Australian federal government is preparing to distribute bonus payments to aged care workers as the sector grapples with Omicron, a move that has renewed calls from the opposition and health care workers to increase the minimum wage in the sector.

“The government is providing a further AU$209 million to support the aged care workforce to continue to care for older Australians through the pandemic,” Prime Minister Scott Morrison will tell the National Press Club on Feb. 1, according to extracts of his speech seen by SBS News.

The prime minister will say the commitment will build on $393 million in support already provided to 234,000 aged care workers, which was spread out over three payments.

The latest scheme will give employees $400 payments each, with a second $400 payment in May.

Those eligible include staff providing care, food, and cleaning services in government-subsidised facilities, as well as those under the home care scheme.

“Yet again, Scott Morrison has failed in one of his most important jobs—that is to keep vulnerable older Australians in Commonwealth aged care facilities safe from this virus,” he told reporters on Jan. 31.

ALP government services spokesperson Bill Shorten and a health union have responded by calling for a permanent increase to the minimum wage for the aged care sector—details on the economic viability of such a move were not provided, however.

“Increase the base rate, and the sugar hit wouldn’t be necessary. The base rate is what has to go up otherwise, we are going to struggle to attract people to the industry,” he told the Nine Network on Feb. 1.

“If you have to look after some of the most vulnerable people, some of whom might have challenging conditions in residential care, is $22 an hour before tax enough? I think it isn’t.”

Gerard Hayes, president of the Health Services Union, criticized the payment likening the announcement to a joke.

“People in aged care, their families, the community, are not so silly they foresee trinkets—we need a lot more than that,” he told Sky News Australia.

Hayes said that if the prime minister was serious about the change, he would support an application to increase wages in the sector by 25 percent—a matter that is currently being considered by the Fair Work Commission.