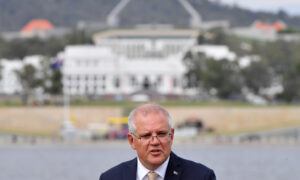 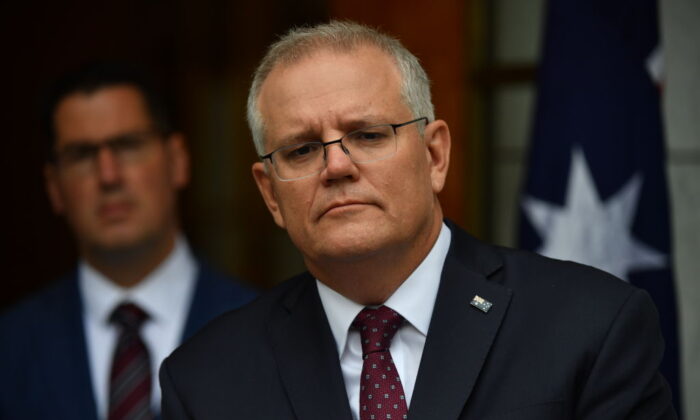 The Australian government is tipping $1 billion into developing its own guided-missile production industry in the face of a worsening strategic environment.

The Morrison government will be partnering with a global arms manufacturer to establish a new facility, estimated to generate $40 billion in local production and export sales over the next 20 years.

The local facility will also give Australia a homegrown ability to manufacture armaments rather than importing them from overseas.

“As the COVID-19 pandemic has shown, having the ability for self-reliance, be it vaccine development or the defence of Australia, is vital to meeting our own requirements in a changing global environment,” Prime Minister Scott Morrison said.

“It’s an imperative we now proceed with the creation of a sovereign guided weapons capability as a priority, accelerating this process following the idea first being explored in the force structure plan.”

Federal Opposition Leader Anthony Albanese has backed the move saying, “Australia does need to be more resilient when it comes to our defence, and this announcement is part of that.”

Morrison made the announcement during his visit to Raytheon’s Centre for Joint Integration in Adelaide, home to Australia’s defence manufacturing industry.

Michael Shoebridge, defence director at the Australian Strategic Policy Institute (ASPI) said the announcement was a recognition of the need to increase the country’s “offensive firepower” before larger projects such as new naval warships and submarines come online in the 2030s.

“It needs to happen in the 2020s, given the deterioration in the Indo Pacific’s security environment driven by China’s increasingly aggressive use of its military power,” he told The Epoch Times.

“Advanced missiles are key to success in modern war, and they need to be available in high volumes in times of conflict,” he added, noting that missiles needed to be supplied from multiple, dispersed production locations, and not just from the United States and Europe.

“Co-production of advanced missiles here in Australia, in partnership with companies who have existing missile designs, is the way to fast-track this initiative.”

“The Centre for Joint Integration will contribute to the development of some of Australia’s most important defence capabilities,” newly anointed Defence Minister Peter Dutton said in a statement.

“It will serve as Raytheon’s main site for the manufacture, assembly and systems integration in Australia and will play a pivotal role in supporting and sustaining the new Short Range Ground Based Air Defence Capability.”

According to ASPI, Australia is expected to spend $100 billion over the next 20 years on missiles and guided weapons.

It comes on the back of the federal government’s 2020 Strategic Update released July last year that pledged $270 billion into upgrading the Australian Defence Force over the next decade.

The record investment comes in response to what Prime Minister Morrison described as a world “that is poorer, that is more dangerous, and that is more disorderly.”

“The Indo-Pacific is the epicentre of rising strategic competition,” he said.

“Tensions over territorial claims are rising across the Indo-Pacific region, as we have seen recently on the disputed border between India and China, and the South China Sea, and the East China Sea.”