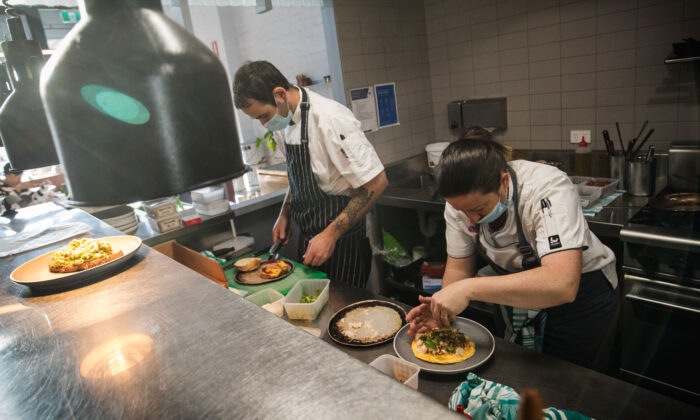 The Australian government is considering the possibility of raising the annual skilled migration intake to deal with labour shortages in many critical sectors.

Skills and Training Minister Brendan O’Connor said he was open to increasing labour supply across Australia as it had the second highest labour shortage among OECD (Organisation for Economic Co-operation and Development) countries.

Currently, Australia limits the skilled migration intake to 160,000 per year. However, some reports suggested that the federal government could raise the threshold to 180,000 or as high as 200,000.

The minister said that while the threshold would be subject to conversations and debates, the government’s final decision would be in the country’s best interests.

“When it comes to looking at the immigration threshold, we are examining where the shortages are.”

In addition, O’Connor noted that Australia had seen a significant decrease in the number of permanent skilled workers in the past few years due to the COVID-19 pandemic.

“Investment in the Australian workforce is our number one priority, but we also have to, obviously, look at areas of acute demand and give opportunities for the temporary and permanent skilled migration paths,” he said.

At the same time, the minister hinted at changing the way migrants’ overseas qualifications were assessed to address some existing issues in the current skilled migration program.

However, he said that the government was not looking at reducing the standard, but rather making sure it measured properly the skills and competencies of people coming into Australia.

“We don’t want people to undertake training where they’ve already got a sufficient level, a satisfactory standard of skills or knowledge,” he said.

“But we want to have a better way of assessing that capacity and actually recognising prior learning both in the existing labour market and amongst those overseas, provided the standards are maintained.”

O’Connor’s remarks came as a joint study by Flinders University and Charles Darwin University found that many skilled migrants could not find a job matching their skills as employers did not recognise their qualifications.

Furthermore, many migrants had to work in jobs lower than their skill levels or occupations different from those nominated in their visa applications, while many others had to take additional courses or training in Australia.

Meanwhile, Australian Council of Trade Unions president Michele O’Neil said although the peak body supported a lift in skilled migration, it wanted to see any increase be backed up by independent verification of the claimed labour shortages and proper evidence of qualifications.

“Too many employers claim skill shortages when what’s really going on is a shortage of jobs with fair pay and conditions,” she said, as reported by The Age.

“They look first to bringing in visa workers instead of providing skills and training to workers in Australia.”