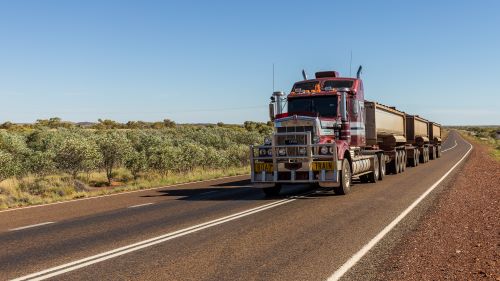 The halving of Australia’s fuel excise as part of last month’s Budget will save consumers 22 cents per litre at the bowser for the next six months, but the simultaneous scrapping of the 18 cents per litre fuel tax rebate on diesel is seriously impacting the trucking industry, with potential knock-on effects for consumers.

With a loss of 18 cents and a gain of 22 cents per litre, trucking companies should still come out four cents better off, but many truck operators have freight contracts with prices that fluctuate according to fuel prices, meaning they will be paid less for freight now that diesel is 22 cents per litre cheaper.

They say they will not benefit from the 22 cents per litre fuel excise cut, but instead, will lose out from the scrapping of the 18 cent rebate, creating cash flow problems that may impact supermarket shelves.

“The 22 cent cut in fuel excise will all get passed on to customers, and a lot of contracts demand that,” he said.

“The problem is the government’s also removed the fuel tax credit of 18 cents a litre, and for the whole trucking industry over that six months, that adds up to $700 million that the federal government has taken away from the businesses.

“It’s money for a business with say 30 trucks going into state, it’s half a million dollars in six months. Our profit margins are two to three percent. We can’t absorb that. If we can’t replace that money, we will go broke and shop shelves will be empty,” he said.

Shearer stressed that the marketplace is brutal, and the government can’t just tell trucking companies to get the money from customers.

“There are truck operators who had phone calls within hours of the Budget, pointing out to them that the terminal gate price just went down by 22 cents because of the Budget announcement,” he said.

“And in tomorrow’s freight rates they expect to see the fuel levy from that truck operator reduced, and that was a big corporate customer. They’re not interested.”

Shearer went on to say that the trucking industry received no consultation from Treasury prior to the Budget on the fuel excise and fuel tax rebate cuts, adding that it looked like the government was developing policy on the run driven by community and media commentary about the need to relieve the cost of living pressures.

He said that was understandable, but whenever he or others in the industry were asked by media about cutting fuel excise, they said no and that other means needed to be found.

“The government never asked us, and Treasury never asked us. They just went for a gratuitous fix for the community, which is well-intentioned but very poorly considered.

Shearer believes that a major part of the problem is the high turnover of staff, including senior people, in the public service, meaning when a rare problem such as this arises, they don’t have the corporate knowledge of how the trucking industry and freight market works.

“And that’s actually why they need to consult,” he said. “So they just assume, well, this will be easy. We’ll take 22 cents a litre off the fuel excise, that will reduce everybody’s fuel bill.”

“So, the only solution if we can’t get this money back from the government, is to increase freight rates, and that means that the cost of everything the community buys goes up and that will offset the cut in the fuel price at the bowser, so the government’s achieved absolutely nothing,” he said.

The Epoch Times reached out to the treasurer’s office for comment and was directed to the Budget factsheet titled “Halving fuel excise—Impact on heavy vehicle users,” which points out the apparent four cents a litre benefit for trucking companies and notes that the Australian Tax Office (ATO) is allowing heavy vehicle users who normally receive fuel tax credits and are experiencing cash flow problems to apply for deferral of tax payments for at least six months.

However, the aspect of contract prices varying according to fuel price fluctuations, which would mean trucking companies are paid less due to the cheaper price of fuel, is not mentioned in the factsheet.