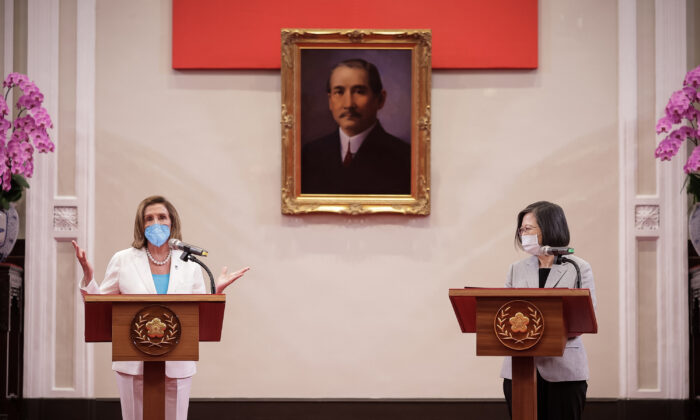 Speaking to the Australian Broadcasting Corporation on Wednesday, Wong called on all nations involved in the Asia-Pacific to push for stability.

“I think it’s really important that we all continue to calmly assert the importance of peace and stability and to urge all parties to contribute to de-escalating tensions. I mean, we do have a situation where we see rhetoric increasing, and we see military hardware being deployed,” she said.

“What we need to say to all parties is that the region wants peace and stability in the region, across the Taiwan Strait, and all parties should contribute to de-escalating tensions.”

However, the foreign minister also said that the level of engagement between the U.S. and its Taiwanese counterparts was their own matter.

“The Biden Administration has continued to be clear that it adheres to previous commitments made between the U.S. and China historically. So my view is we should continue to be asserting that all parties should de-escalate tensions, and we should continue with others in the region to urge the maintenance of peace and stability in the region and, in particular, across the Taiwan Strait,” Wong said.

The call for calm from the Australian foreign minister comes after Chinese Communist Party (CCP) leader Xi Jinping threatened U.S. President Joe Biden over the visit during a phone call last week, reportedly telling the president that “playing with fire will set you on fire.” On Aug. 3, Beijing announced it would be holding live-fire military exercises in the sea around Taiwan.

CCP state-owned media have also taken aim at the visit, most notably the former editor of The Global Times, Hu Xijin, who posted on Twitter accusations that Pelosi was committing an act of war.

“If U.S. fighter jets escort Pelosi’s plane into Taiwan, it is invasion,” he wrote, also saying the Chinese military had a right to “forcibly dispel” Pelosi’s plan and to fire warning shots.

In response, White House National Security Council spokesperson John Kirby said the U.S. was not changing its policies regarding Taiwan.

“Put simply, there is no reason for Beijing to turn a simple visit, consistent with long-standing U.S. policy, into some sort of crisis or conflict, or to use it to increase aggressive military activity in or around the Taiwan Strait,” Kirby said.

“We will not take the bait or engage in saber rattling. At the same time, we will not be intimidated. We will keep operating in the seas and skies of the western Pacific as we have for decades.”