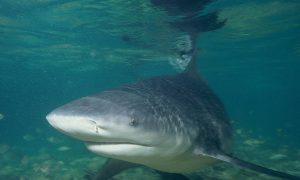 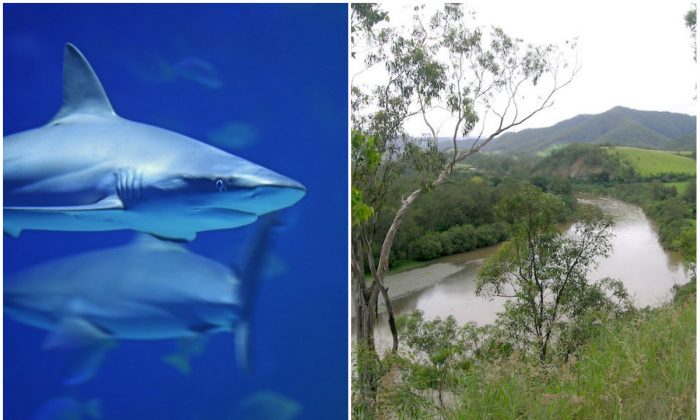 Shark catcher Billy Brislane said he had never seen so many predators in the river.

“I’ve seen some monsters at sea, but never in the river,” Brislane told 7 News on Jan 3.

In their stomachs, Brislane found a large dolphin, stingrays, and baby sharks.

He said the large haul was so close to the shore that swimmers, surfers, and families should take care.

He was shocked at what he found inside their stomachs.

Bull sharks can travel far up rivers from the ocean and be found in very shallow waters.

Brislane, an endorsed commercial fisherman, can catch an unlimited number of bull sharks a day because they are not a protected species. Recreational fishermen would only be able to catch five bull sharks a day.

“Commercial fishermen are not sports fishermen, we are fishermen who bring back product for people to eat,” Tricia Beatty, CEO of the NSW Professional Fishermen’s Association, told 7 News.

“We harvest fish sustainably and ethically, and people that buy their seafood from their co-op or their fish shop have that guarantee,” commercial fishermen Geoff Blackburn told 7 News.

The five bull sharks have found their way to Sydney Fish Markets and are now being sold as flake.

Bull sharks are found along coastlines in tropical and subtropical oceans. In Australia, they can be found on the central NSW coast, across the northern coast to Perth, Western Australia.

“It is a dangerous shark due to its aggressive nature, powerful jaws, broad diet, abundance, and its habitat preference for shallow, murky inshore waters,” the NSW Department of Primary Industries (DPI) said on its website.

Adult bull sharks measure between 2 and 2.5 meters long and weigh up to 230 kg, according to DPI.

“Bull sharks will eat almost anything including fish, other sharks and rays, turtles, birds, molluscs, crustaceans, and dolphins. The teeth are triangular, saw-edged and very sharp. The belly is usually off-white, the top surface grey and the eyes small,” the DPI website said.

In March 23, 2011, a 3-metre long bull shark bit a surfer’s arm at Headland Beach on NSW’s Mid North Coast. Dave Pearson was taking an early morning surf and had been in the water for several hours before a shark knocked him off his board.

The then 48-year-old said he felt as though he had been “hit by a freight train,” 9 News reported.

The shark bit on his left forearm—and into his surfboard according to local reports.

“The shark’s top teeth bit his forearm down to the bone and peeled back the muscle, but its bottom teeth were caught in the board,” The Sydney Morning Herald reported.

“He was very lucky to come away from that without serious injuries,” Crowdy Beach Surf Life Saving caretaker Adam Eady told The Daily Telegraph. “The shark bit through his board—if it hadn’t of been there it would have ripped him in half.”

“Luckily for me it had more board than Dave, but my arm was still in its mouth and it flipped me down and dragged me straight to the bottom, tearing most of the muscle and tendons off my arm,” Pearson told 9 News.

Pearson’s arm had to be tended to by more than 100 stitches.

“For me that attack was never the worst thing that had happened to me in my life. But it did for the first time in my life make me think about my own mortality,” he said.