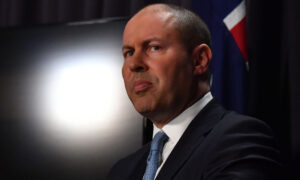 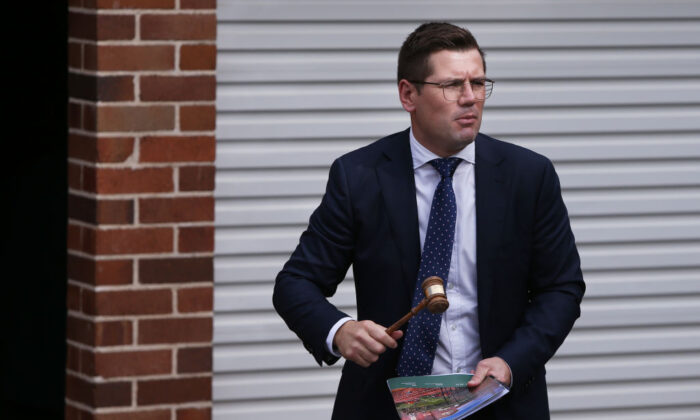 An auctioneer counts down a bid during an auction of a residential property in Sydney, Australia, on May 8, 2021. (Lisa Maree Williams/Getty Images)
Australia

First home buyers and low-income borrowers in Australia will have a more difficult time breaking into the housing market after the Australian Prudential Regulation Authority (APRA) decreased their potential borrowing capacity.

The move by APRA to increase the minimum interest rate buffer on home loans from 2.5 percent to 3 percent from the end of October was designed as a way to quell Australia’s red hot housing market. APRA estimates that the increase will reduce maximum borrowing capacity for a first home buyer or low-income earner by around 5 percent.

However, experts argue that the buffers will have a limited dampening effect on the market, noting it will simply make it more difficult for first home buyers and lower-income workers to break into the market.

Rich Harvey, the founder and CEO of Buyers agency Propertybuyer, welcomes the move as a sensible step to quell the market exuberance but says the one-shot measure is not likely to have a widespread effect.

“The proposed changes brought on by APRA will have a very light to moderate impact on the property market,” he said in an email to the Epoch Times on Oct. 10.

Harvey predicts that APRA may introduce further lending restrictions if the market continues to accelerate at a rapid pace.

He also expects that the reduced borrowing capacity will have a much larger impact on first home buyers and low-income earners than wealthy families and double-income households, as the change will make it even more challenging for those with lower income and saving rates to break into the housing market.

Quoting a recent study into the impacts of macroprudential policies by Steven Laufer and Nitzan Tzur-Ilan, she explains that the reason for these two cohorts to be hard hit by the change is because “they are more likely to borrow to their absolute maximum.”

“The research has shown that if finance is restricted, it is generally those areas that are more economically disadvantaged that are more impacted,” she told the Epoch Times on Oct. 11.

As to the impact on market activity, Conisbee says the pressure is more likely to be felt on the lower-end market but far from enough to offset the dynamic post lockdown amidst the record low interest rates.

“Sydney and Melbourne are gradually coming out of lockdown, and this is increasing the number of properties for sale,” Consibee said. “Also, buyers aren’t under pressure right now because interest rates are so low and savings rates are very high. “

“It is likely we will see a lot of buyer and seller activity over the next two months–APRA’s changes, however, will just be part of it,” she said.

“We haven’t seen signs of the market slowing down in Palm Beach,” he told the Epoch Times on Oct 12. “The effects could be felt down the track if APRA takes further tightening measures.”

But Conisbee argues that the real challenge comes when interest rates move up, which RBA has indicated is not likely to happen until 2023.

HIA (Housing Industry Association ) economist Angela Lillicrap agrees. She asserts that the lending capacity change won’t impact the home building sector as first home buyers only make up a small part of the buyers, but interest rate rise can make a difference.

“The sector has already slowed down with the end of the homebuilder scheme, but builders will be kept at full capacity till late next year,” she told the Epoch Times on Oct 11. “By that time, there should be bigger factors at play, such as interest rate rise.”

According to CoreLogic data, home prices have increased by an average of 20 percent across the nation during the twelve months until the end of September, attributed to record low-interest rates and lack of supply.

RBA has so far dismissed the call for interest rate rise given the weak wage growth and inflation rate. Conisbee believes the same caution will be applied in APRA’s approach to further tightening measures.

“While Australia’s economy is opening up and this is good news, there is still a lot of uncertainty,” she said. “A rapid decline in house prices is not great as it has a negative influence on consumer sentiment.”

In his letter to lenders, APRA Chair Wayne Byres warned that if new mortgage lending on high debt-to-income ratios remained at high levels, it “would consider the need for further macro-prudential measures.”