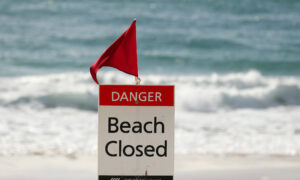 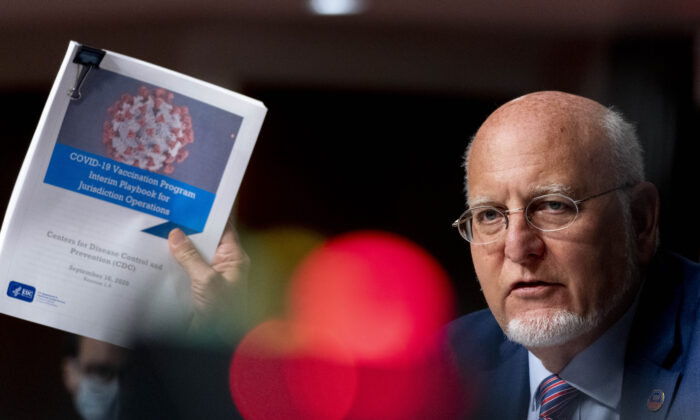 Centers for Disease Control and Prevention (CDC) Director Dr. Robert Redfield holds up a CDC document while he speaks on September 16, 2020 in Washington, DC. (Photo by Andrew Harnik-Pool/Getty Images)
Australia

Anthony Albanese has declared Labor is switching its strategy as he vowed to establish a centre for disease control on the basis that he wins the next federal election.

Albanese, the federal opposition leader, will use budget week as a springboard towards greater policy clarity after his reluctance to make announcements so far away from the next poll.

Announcing the change Albanese stated that his first announcement would be that under Labor, the government will set up a disease control centre to strengthen Australia’s preparedness for future pandemics.

Albanese declared that he placed a lot of emphasis on the lives and the economy that are at stake if Australia does not focus on building a prepared response for future pandemics.

“Ask any Australian, and they’ll tell you our response to the coronavirus pandemic was too slow, too reactive and too uncoordinated,” he said.

“We can’t be left playing catch-up again. We can’t afford another Ruby Princess, or another tragic disaster in aged care.”

State and territory governments would work with the centre to improve preparedness in health and aged care, and manage the national medical stockpile.

An Australian CDC would run regular large-scale drills similar to the most recent exercise performed in 2008.

Albanese’s commitment signals the start of Labor’s alternative vision for the country.

“This week we will start to change tack. We will continue to hold the government to account but start to provide the beginnings of our plan for Australia,” he said at a caucus meeting on Oct 5.

Establishing a CDC has support from the Australian Medical Association, the nurses union, the Public Health Association and a range of health experts.

The Labor Party argues that Australia is the only country in the Organisation for Economic Co-operation and Development (OECD) without a CDC equivalent.

Opposition health spokesman Chris Bowen said 90 percent of Australian deaths were associated with chronic illness, with 38 per cent of the disease burden preventable.

“An Australian CDC would save lives and ease the pain of chronic illness,” he said.

“This Government abolished the Australian Preventative Health Agency earlier this term. CDC would take up some of that role that this Government has abolished in a very backward step,” Bowen said. “And I am very pleased that an Albanese Labor Government will implement that.”

Earlier this year, the Australian Medical Association urged the Morrison government to set up an Australian centre for disease control to provide independent advice to the governments regarding the management of pandemics. Advice also included stockpiling essential equipment in place for the next crisis.

Australia’s current capacity to respond to pandemic-like outbreaks already highlights the Commonwealth as a significant player on the global stage.

The Parliament of Australia’s research papers,  state that: “In the area of disease surveillance and control, however, the Commonwealth plays an increasingly hands-on role against a national security backdrop.”

Australia recorded around 29 deaths per million people as of Sept. 8, boasting a rate nearly four times lower than the global average of 114 according to data backed by the University of Oxford.

It has also detected 1,030 cases per million people since the start of the year, whereas the global rate is currently more than three times higher at 3,483 per million.