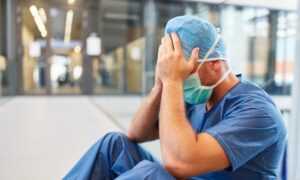 Australian employment figures brought a lift to markets overnight, as the much stronger figure surprised traders with a rise of 44,000 new jobs for the month.  Consensus estimates were looking for a rise of 6,500 jobs and for an increase in the unemployment rate, but this figure also managed to hold steady at 5.2 percent.

But while the figure is relatively impressive, the monthly average for the year still remains weak and this is likely to bring a rise in the unemployment figures in the coming months.  The essential question at this stage is whether or not the Reserve Bank of Australia (RBA) will lower interest rates at their policy meeting in May and June.  Many analysts are currently calling for a 25 basis point rate cut at both meetings.  First quarter consumer inflation data (CPI) will be the next key macro figure to watch.

The Vice Chairman of the US Federal Reserve (Yellen) gave a much publicized speech yesterday and the overall tone was more positive than the stance she had displayed previously.  She did note that further quantitative easing measures could be enacted if macro data comes in significantly weaker than is currently expected.  But the main surprise was that her typically dovish tone saw some slight changes and she actually suggested that the Fed might revise its interest rate expectations of data starts to show a stable recovery.

Equity futures in the US are seen higher, with comoddities also posting gains (for the second consecutive session).  Bond yields in Italy dropped by 6 basis points after the latest bond auction.  Ahead today, the main macro release will come with the jobless claims numbers out of the US, which are expected to show a drop to 355,000 claims for the week.

The GBP/USD continues to trade at the top of its recent range after prices found support at 1.58.  The bounce here was relatively unsurprising, given that this is where the 100 and 200 day EMAs were clustered and this is now the key level to watch on the downside.  A break here will target a further drop to the 1.5635 area but first more upside is seen with the next resistance coming in at 1.6060.  Prices are not expected to rally much further than here, however, given the historical and Fibonacci resistance that is seen above the figure.  Looking to initiate new sell entries at 1.6060, targeting a drop back to the weekly lows.

Oil prices are trading back near the $100 psychological level, with short term support now seen at 100.70.  Expect a slow grind lower to a test of the figure and the main question will be the amount of stop losses that are seen below here.  If we do see major stops tripped, the longer target becomes a test of the Fibonacci support now seen at 96.50.  The MACD reading is turning back into negative territory on the daily charts, so rallies are expected to be limited from here.  The nest resistance on the short term charts is seen at 105.30, which is an acceptable for new sell entries.