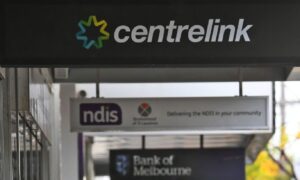 Australian Economy Set to End 2020 With a Flourish

The Australian economy has entered the final months of 2020 in positive shape with exports rebounding, home loans at record levels and construction activity at a two-year high.

This spread of new economic data came hot on the heels of Wednesday’s national accounts which showed the economy grew by a robust 3.3 percent in the September quarter.

That signalled the end of Australia’s first technical recession since the early 1990s, and the initial signs are the December quarter will be equally upbeat, aided by the reopening of Victoria after its COVID-19 lockdown.

“The economy is changing gears once again and we are moving forward,” Prime Minister Scott Morrison told reporters in Canberra, emerging from two weeks quarantining after a trip to Japan.

“That’s pointing to, I would imagine, quite a strong quarter for the December quarter as well,” Evans said.

The monthly trade surplus grew to $7.5 billion from $5.8 billion in October, buoyed by a larger-than-expected five percent jump in exports.

Exports had been the weak link in the national accounts, detracting 1.9 percentage points from growth and the biggest quarterly subtraction in 40 years.

Meanwhile, other Australian Bureau of Statistics data showed the value of home loans for owner-occupiers in October rose 0.8 percent to a record high $17.4 billion, to be more than 30 percent higher than a year earlier.

Loans to owner-occupier first home buyers accounted for 35.3 percent of the loans during the month.

House building was seen as the cornerstone of a further strengthening in the construction sector.

The Australian Industry Group/Housing Industry Association performance of construction index rose by a further 2.6 points to 55.3 in November.

This was second consecutive month of positive conditions and the strongest monthly result since April 2018.

Ai Group’s head of policy Peter Burn said construction activity and employment were both “decisively stronger” in the month.

Treasurer Josh Frydenberg said Australia was outperforming other developed countries, “not just on the economic front but also on the health front”.

“I have no doubt that as long as the virus is controlled that the economy will continue to grow,” Frydenberg told ABC radio.

This week the Organisation for Economic Cooperation and Development urged Australia not to withdraw its fiscal and monetary policy support until the economic recovery is “well entrenched”.

But Frydenberg insists the JobKeeper wage subsidy will end as planned.

“We will continue to take the measures necessary to support the economy, but JobKeeper as a nationwide wage subsidy will come to an end at the end of March,” he said.

But shadow treasurer Jim Chalmers said programs like JobKeeper needed to be responsive to what was actually happening in the economy.

“What we would like the government to do is to be more flexible than their language suggests, so if it becomes clear that the labour market is weak for a longer period, that support like JobKeeper is responsive to that,” Chalmers told ABC radio.