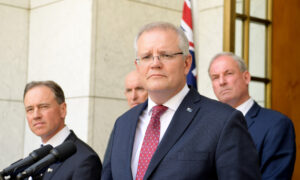 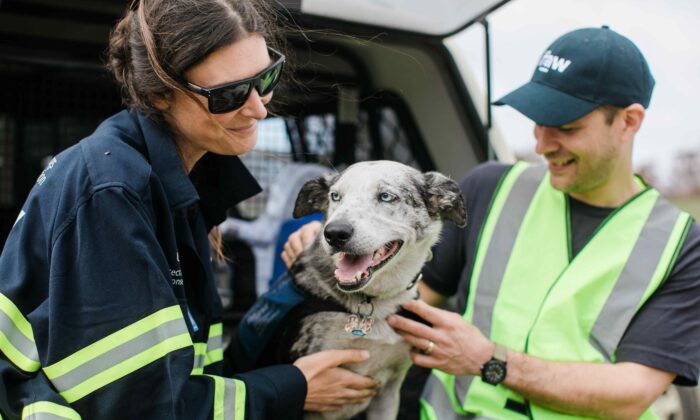 Bear the koala detection dog stops by for a quick visit to Two Thumbs Wildlife Trust in the Snowy Mountains of NSW, Australia. (AAP Image/supplied by International Fund for Animal Welfare)
Australia

A five-year-old Australian koolie dog along with a team of experts has saved more than 100 koalas in bushfire-ravaged parts of Australia since November last year.

Bear is a rescue dog who not only has a social media following but also a documentary called “Bear – Koala Hero” about his work. He has been detecting koalas in areas impacted by the fires since last summer.

Bear is part of the University of the Sunshine Coast (USC) Detection Dogs for Conservation team which has been working with the International Fund for Animal Welfare.

Despite bushfire season ending in March, the search for sick, dehydrated, or starving animals is ongoing.

“If we find them, wildlife carers can plump them up. Their goal is to release them when and where they have a better chance of having food available to them,” USC Detection Dogs for Conservation researcher Romane Cristescu told AAP.

While the world focus turns to the COVID-19 pandemic, for koalas the struggle is not over. Badly burnt land hasn’t recovered and vegetation has not grown back.

“Some places have burnt so much for such a wide area, some species may take decades to recover,” Cristescu said.

A recent koala population report by the International Fund for Animal Welfare found that 6,382 koalas are estimated to have died from the bushfires in New South Wales alone.

Australia is no stranger to bushfires, but last summer the country faced some of the most widespread and sustained bushfires in the modern record, driven by record warm temperatures above Antarctica in the spring of 2019, which resulted in a temperature imbalance in the Indian Ocean that extended into early 2020.

These regional climatic factors saw reduced rainfall and low humidity that fueled the out-of-control fires, which began earlier than normal in September 2019 and ravaged thousands of hectares of land until February.

The bushfires shocked Team Bear, who has been training Bear and four of his mates since 2015. Members of the team described working with Bear as “healing.”

“He found koalas despite all those harrowing conditions. That brought us hope,” Sharrad said.