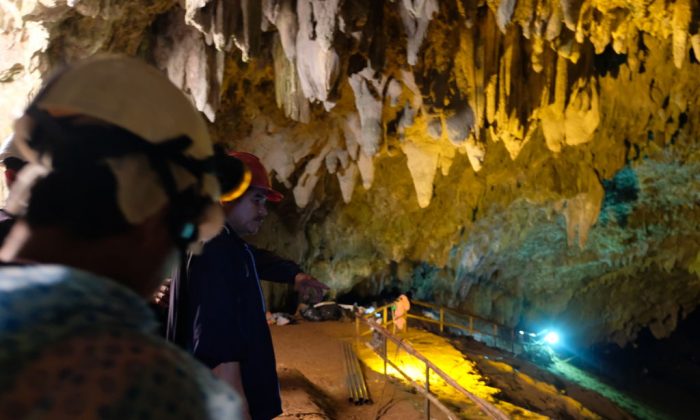 Having returned to Adelaide, Dr. Richard Harris is hoping to get back to work, celebrate the life and passing of his father, and get back to his normal life.

On July 11, Harris had completed his duty; giving the trapped schoolboys a medical all-clear and deciding their order of evacuation. It was just a few hours later that his father died, ABC reported.

Dr. Andrew Pearce, Harris’s boss, said that his colleague and his family are mourning their loss.

For Harris, the loss of his father has been magnified by the physical and emotional toll the rescue had on him.

A trip to the Nullarbor was cancelled after Harris and Challen got a call from the Thai authorities for assistance.

Challen, a retired Perth veterinarian, and Harris, an anaesthetist, arrived in Thailand prepared to help with the recoveries on July 5, but instead they were tasked with the rescue, The Sunday Times reported.

The young school boys had to be sedated before being brought out of the cave in case they panicked and endangered themselves and the diver on the way out, Challen told AAP.

“(The) fact that you have got a living, breathing little tiny person that you are in charge of and you are very limited as to what you can do to help them, and it is a two hour journey out of the cave … it was taxing.”

Now that the rescue is completed, Prime Minister Malcolm Turnbull is waiting to award the pair for their efforts.

Turnbull said that Harris and his diver partner, Craig Challen, performed “one of the most extraordinary acts of heroism, professionalism, discipline, teamwork.”

“It was absolutely life and death. We didn’t expect to be getting 13 people out of there alive,”said Challen, The Sunday Times reported.

Dr Harris is glad to be back in Adelaide. He said that the experience was a combination of significant fear, great success and some really joyous moments to top it all off.