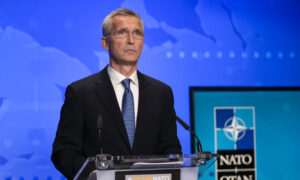 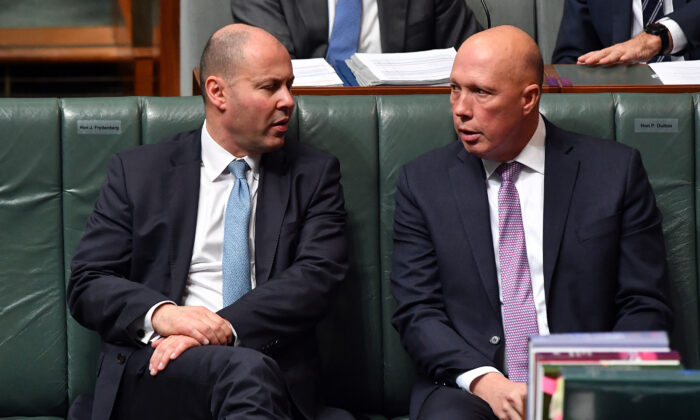 The federal government is prepared to lease nuclear submarines from the United States while its own fleet is being built, Defence Minister Peter Dutton says.

Last week, Australia entered into a regional security pact with the United States and the United Kingdom, known as AUKUS, which includes building U.S. nuclear submarines but these will not be ready until the late 2030s.

Asked on Sky News’ Sunday Agenda program whether the government would consider leasing nuclear submarines in the interim, Dutton said: “The short answer is yes.”

“There is all of that discussion to take place in the next 12 to 18 months,” he said.

“The talk that you can just buy a nuclear-powered submarine off the shelf, of course, is just not accurate or correct.”

He said the ruling Chinese Communist Party is pumping out submarines, frigates. and aircraft carriers at a record rate, and so the rest of the world has stepped up its own production.

“That unfortunately is the dynamic we are operating in at the moment,” he said.

However, Australia’s decision caused backlash from the French due to Australia’s sudden scrapping of its $90 billion diesel submarine deal made under former Prime Minister Malcolm Turnbull. The decision has prompted the European nation to recall its Australian ambassador.

Dutton understands why the French are upset, but said the government had to act in Australia’s national interest.

“Given the changing circumstances in the Indo-Pacific, not just now but over the coming years, we had to make a decision that was in our national interest, and that’s exactly what we have done,” he said.

But he said suggestions that concerns over the French model had not been flagged by the Australian government “just defy frankly what is on the public record and certainly what was said publicly over a long period of time.”

If Australia had chosen the nuclear model offered by the French, it would have involved setting up a nuclear industry in Australia as they need to be refuelled every seven to 10 years.

The technology used by Britain and the U.S. means the reactor does not need to be refuelled for the life of the submarine—about 35 years.

“That is a game changer for the Labor party and we wanted to make sure that this was a bi-partisan effort.”

While Labor backs the government’s decision, one of its frontbenchers, Ed Husic, said it is typical of the Coalition that as soon as events start to unravel, they try to shift responsibility to someone else.