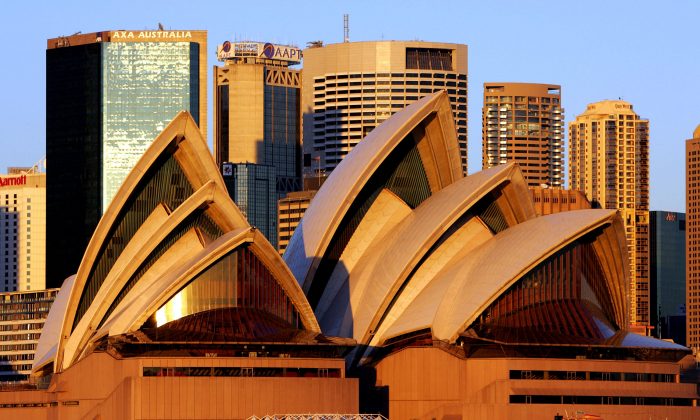 SYDNEY—A Chinese property developer was sentenced to at least two-and-a-half years in jail by an Australian court on Oct. 12 for nonconsensual intercourse with a woman after a Sydney dinner party hosted by billionaire JD.com-founder Richard Liu.

Xu Longwei, who pleaded not guilty, was convicted in July of forcing himself on the woman in an hour-long ordeal at a hotel room overlooking Sydney Harbour after the dinner at which they met.

He was sentenced to four years’ jail, of which he must serve at least two and a half.

Court documents filed by the prosecution said that Xu’s victim, then 20, was encouraged to drink to excess at the dinner.

The pair then went to the Shangri-La Hotel where the jury found Xu committed seven separate sexual offenses, including intercourse without consent. None of the charges used the term “rape.”

Judge Nicole Norman, who handed down the sentence in a Sydney court, said the woman was unwell by the time she had left the party and she gave evidence that she vomited on the way to the hotel room where Xu forcibly removed her clothes and pinned her down.

“She said at one stage Mr. Xu said to her that she could not refuse him,” Judge Norman said. “Mr. Xu took advantage of the victim’s alcohol-rendered vulnerability.

“Mr. Xu persisted over objection and resistance. He exploited the situation. His comment about her not being able to resist him…reflects his arrogance and his low regard for the victim.”

Xu, wearing a prison-green track suit, hardly reacted as the sentence was handed down. His lawyer, Winston Terracini, had told the court that Xu “maintains his innocence and denies the offenses.”

Judge Norman made clear that Liu, who founded the Chinese e-commerce giant JD.com in 2004, had no role in the offenses.

In a separate case, Liu was arrested on Aug. 31 in the U.S. state of Minnesota after an allegation of rape. He was released the following day without charge and without paying bail.

U.S. prosecutors are weighing whether to bring charges after police turned over the findings of their investigations, according to the Hennepin County Attorney’s Office. Liu has, through his lawyers, denied any wrongdoing and returned to work in China.